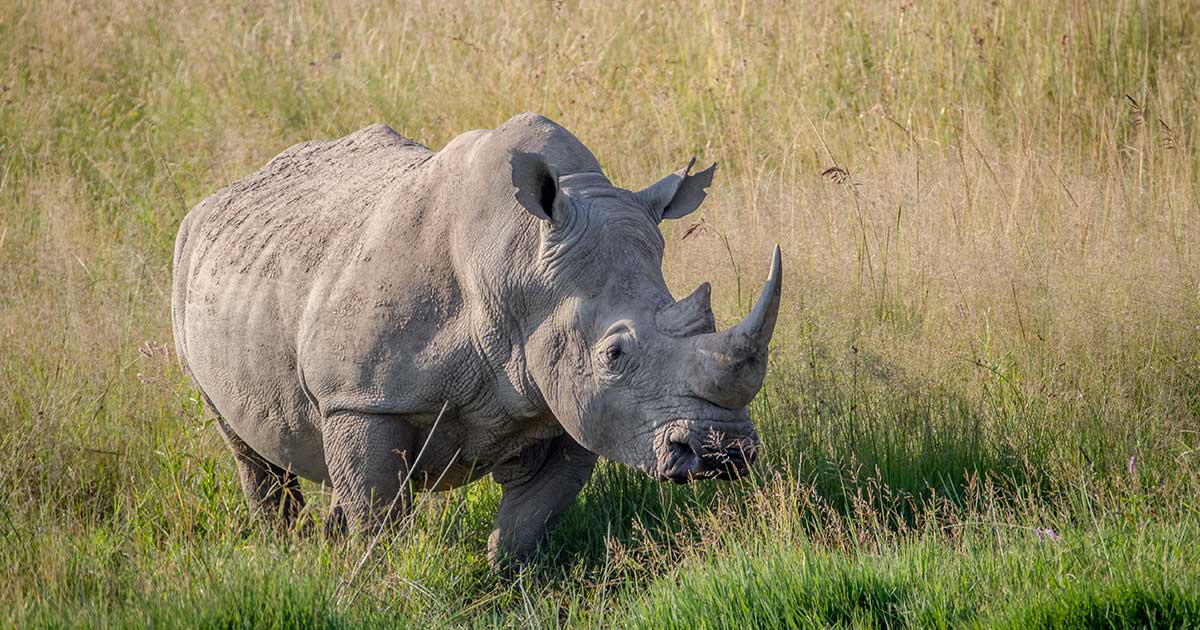 The ambitious research project aimed at saving the northern white rhino from extinction continues. Another in vitro fertilization procedure has recently found success, resulting in the development of a new healthy embryo.

The Department of Comparative Biomedicine and Nutrition of the University of Padua is a partner of this international collaboration coordinated by the Leibniz Institute in Berlin.  Including as part of this consortium are the Max Delbrück Center for Molecular Medicine, AVANTEA Laboratory of Italy, Dvůr Králové Zoo in the Czech Republic, and the medical faculty of the Kyushu University in Japan.

Researchers involved in the project reached an important result in August of 2019 when two healthy embryos were harvested through in vitro fertilization. Immature egg cells, called oocytes, were collected from the last two specimens left in the world, Najin and Fatu. The eggs from the northern white rhinos, who live in the Ol Pejeta Conservancy in Kenya, were then fertilized with the frozen sperm of a male of the same species.
Two embryos successfully developed and another, and now one more can be added to the list using the same delicate process. All embryos are suspended in a process called, cryo-preserved, and are waiting for implantation in southern white rhinoceros capable of carrying the eggs to complete gestation. Unfortunately, Najin and Fatu are not able to sustain full pregnancy.

University of Padua Professor Barbara de Mori follows the project. Professor de Mori is the Director of the Ethics Laboratory for Veterinary Medicine, Conservation and Animal Welfare as well as a professor of Animal Bioethics.
Professor Barbara de Mori spoke with us about the latest results in saving the Northern White Rhino through in vitro fertilization.
"This project is an emergency carried out on several fronts, and it is very important that we are able to achieve results within a short span of time", explains Professor De Mori, “it is in our hands, as scientists, to possibly save this endangered species while allow a future for Najin and Fatu”.
The two white rhinoceros females involved are essential when planning the collection of oocytes.  We must consider their well-being by respecting good practices and carry out the procedure in a timely manner. Only with a constant ethical evaluation will we be able to bring life to these embryos and save the future of this species". Keeping this in mind, the latest egg collection was carried out successfully. The Professor assures us by stating, "it was well executed, the well-being of the two females were carefully respected and monitored while the procedures were in compliance with all the protocols and good practices in place".

All those involved in the procedure, which took place on December 17, 2019, were evaluated and participated ethically under the support of the Kenyan government and in the presence of Hon Najib Balala, Kenya Cabinet Secretary and Minister of Tourism.
"Resulting from the collection of the oocyte was the creation of a new embryo, adding a piece to this race against time and which also offers Najin and Fatu a further opportunity to be able to breed their own offspring in the future," adds Professor De Mori. “For us scientists this is an important milestone, it confirms our hopes of doing something good for this species and future generations. In fact, those who come after us will be able to carry on this work".

Professor De Mori concludes, “The next step is to put into practice an optimal procedure ensuring a pregnancy that, with the help of the southern white rhinoceros females, achieves successful births of new calves. Therefore, we are working with zoological structures throughout Europe to make sure that everything is ready before we proceed with the embryos that are currently under cryopreservation. We cannot afford to waste these important resources. Teamwork is widespread in safeguarding these priceless genetic materials with respect to the ethical procedures and quality of what we are trying to achieve.”