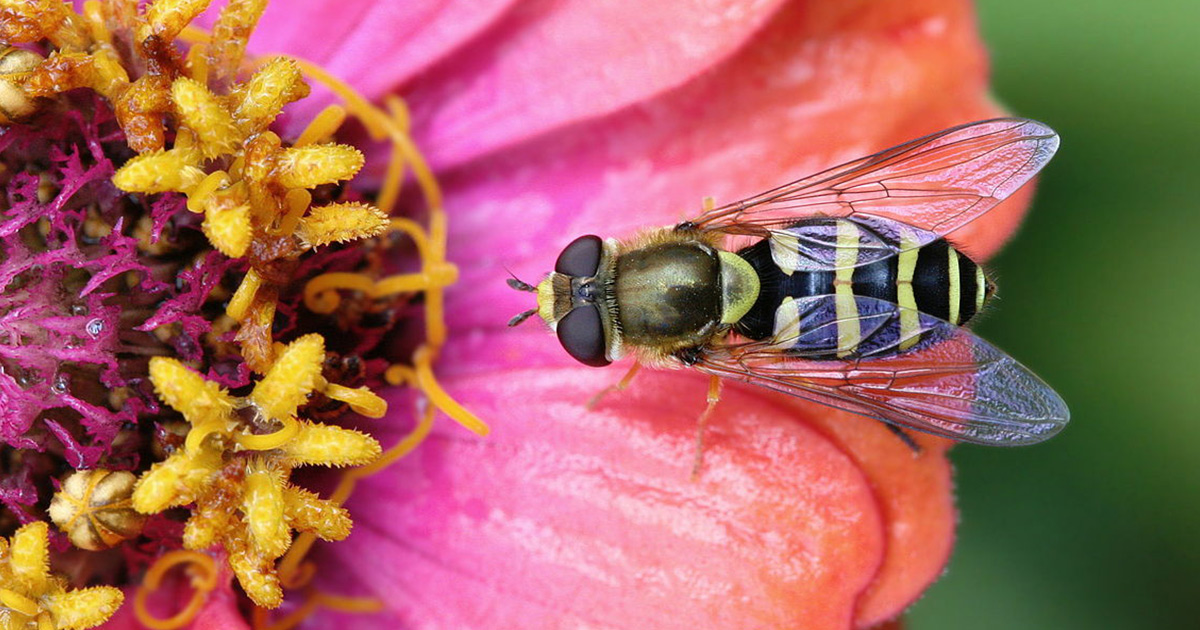 It is only now that we begin to understand the negative effects of the uncontrolled anthropic activities of the last two hundred years. Among these, is the incipient sixth mass extinction and for the first time of Earth’s history, one species has exterminated a large number of another species. A 2018 study estimated that since the beginning of human civilization 83%, about five out six, of wild mammals have vanished from the face of the Earth. However, the growing extinction rate that affects invertebrates, and in particular, insects in terrestrial environments, has been underestimated. The Somerset Wildlife Trust has dedicated its latest report, published at the end of 2019, in recognition of the global situation by proposing a series of recommendations, both at government level and by individual citizens to counter the phenomenon.

There are about one million known species of insects, of which we know very little besides their existence, instead of ignoring their physiological peculiarities, behaviours and activities within their ecosystems. However, it is estimated that there are at least four million additional species of insects that scientist that have yet to discover. If current extinction rates are confirmed in the coming years, many of these species will become extinct without us ever knowing that they even existed.

Over the past decade, many studies have focused on this silent tragedy. A report published in 2017 by the Entomological Krefeld Society, showed the undeniable and dramatic biomass decrease of insects in the last 30 years. Although the study was based on experiments conducted in Germany, the data produced showed the decrease had fallen with rates of 75%. In 2018, biologists Bradford Lister and Andres Garcia also confirm this trend by publishing the results from a series of measurements conducted in the tropical forest of Puerto Rico. The results come 35 years after the first survey of insect biomass was conducted. Stating a vertical decrease with rates ranging between 70 and 98% depending on the species and the time of year.

The causes of this decline are various. The most disturbing factors are anthropogenic, including loss of habitat, chronic exposure to lethal cocktails of pesticides and other chemicals, as well as the spread of invasive foreign species the incipient impact of climate change. Recent studies show how the latter factor holds a primary role in the disappearance of insects. The impact of climate change finds that insects lack their natural habitat and are unable to survive in the face of the mismatch between their reproductive rhythms and those of the plants from which they pollinators. Human activities generate a plurality of secondary disturbing factors. These factors include the multiple synthetic chemicals released into ecosystems, the growing number of invasive species that are spread through the global transport network that reduce the biodiversity of many ecosystems, as well as light pollution, which has significant effects on nocturnal insects.

The tragedy within this tragedy is that public opinion ignores the enormous importance of insects. Insects provide numerous ecosystem services that are fundamental to our planet.  Insects are the food for many species of birds and small mammals, which in the absence of insects would become extinct. Insects perform pollination, a function necessary for 87% of all plant species and three-quarters of human cultivation, thus providing a service whose value is estimated at between 235 and 577 billion dollars a year worldwide.  Insects carry out an important biological control action by recycling nutrients and helping the decomposition processes of organic materials. If attributed to an economic value it is estimated that this would amount to at least $57 billion a year in the United States alone.

However, we still do not know enough about the function of many insects, nor are we able to understand the multitude of complex interactions that occur between different organisms within an ecosystem. To account for the value of these creatures we cannot rely on their presumed economic value. Rather, we must be taken into consideration the argument maintaining that non-human living beings have the right to be on this Earth as much as we do. "Do we not have a moral duty to take care of our travelling companions on planet Earth, whether they are penguins, pandas or insects?"

From an anthropocentric perspective, for which we must inevitably adopt, states that we are faced with a problem that seriously jeopardizes the survival and well-being of our society. While the current decline of insects is a reality, it is not irreversible. Governments and civil society must take responsibility by taking action to combat this phenomenon. As the report points out, there are many solutions which are not difficult to implement and which do not entail high costs from an economic point of view nor a cultural point of view.

Although originally designed for the UK, the proposals set out by the Somerset Wildlife Trust can easily be extensible on a much larger scale. Suggesting the need for a sharp decrease in the use of pesticides, as these chemicals are not only increasingly being used, but are much more powerful and harmful than those synthesized a few decades ago. Using these pesticides must be regulated with precise rules and sanctions, and a commitment creating a "Nature Recovery Network" by making our gardens and cities greener by creating habitats that encourage the growth of the plant and animal biodiversity. Another substantial change concerns the agricultural sector. Monocultures that rely on the support of high production rates and low costs required by the market use a massive amount of pesticides and fertilizers.  A new crop model based on the principles of an ecological process that is applied to an agricultural production system called Agroecology. Agroecology is considered of eminent importance by organizations such as the FAO and UNEP as the best agricultural method for environmental, economic and social sustainability.

A concerted and shared action plan between administrators and civil society is needed that promotes a new approach to this critical situation.  In terms of sustainability, in the exploitation of nature and without the timely assumption of this commitment, the present condition is likely to become not only normal but also irreversible.