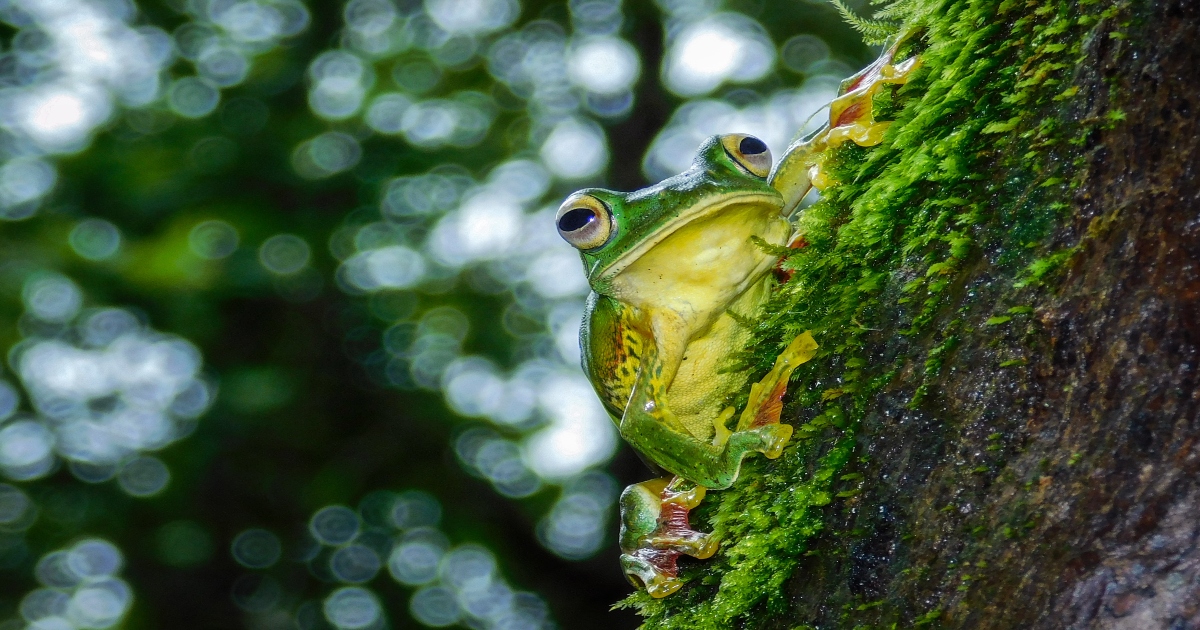 Amphibians are among the life forms most endangered by the current biodiversity crisis. Photo: Sonika Agarwal/Unsplash

Hundreds of millions of years ago, the Earth was inhabited by strange creatures. You could find radial organisms similar to the modern jellyfish, bodies showing a bilateral or rotational symmetry, weird leaf-shaped animals, perhaps permanent inhabitants of the deep sea. In the remote past, the planet was populated by a fauna that was completely different from the one we know today. It was the Ediacara fauna, whose fossil remains date back to 635-541 million years ago, well before the famous “Cambrian radiation”, which seems to be the ancestor of today’s diversity of life forms.

From the beginning of the Cambrian Period onwards, there is no trace of the Ediacara fauna in the fossil record. What might have happened to that astonishing variety of life forms remains a mystery still today. Based on what we can understand from the fossil record, it has been hypothesised that at some point the Ediacara fauna almost completely disappeared and was replaced by a new, totally different ensemble of organisms: the Cambrian fauna. Most likely, it was an extinction event – one of many that have shaped the history of life on Earth.

Since the first life forms made their appearance on the “blue planet”, life has continuously thrived. Yet, it has never been static. It has changed, evolved, and explored new paths and possibilities. But it has also undergone abrupt interruptions. Over the course of evolutionary history, five great extinction events – the so-called “Big Five” – have brought life of the brink of complete extinction and have profoundly altered its evolutionary path, marking the turnover of geological periods.

Then, what do we mean by mass extinctions? Some 99% of all the species that have ever existed on Earth have already gone extinct. Indeed, extinction is an essential mechanism of life – the dark side of evolution.

However, mass extinctions are different from background extinctions (that is, the number of life forms that goes extinct at the steady pace of 1-10 every million species per year). The distinctive features of mass extinctions are not only quantifiable for their extent, intensity, and rapidity; instead, there are qualitative differences, that make a mass extinction a pivotal moment, marking a before and after in the history of life and profoundly modifying the evolutionary paths of almost all life forms.

«Between a background extinction and a mass extinction there are all kinds of intermediate level extinctions», states Michael Benton, palaeontologist and Professor of Vertebrate Palaeontology at the University of Bristol. «During the course of its evolutionary history, Homo sapiens, our species, has caused the extinction of several species. For example, after the human arrival in the American continent the vast majority of the American great mammals went extinct; the colonization of remote islands triggered the extinction of various endemic species as well.

Many questions surrounding the phenomenon of mass extinctions are still unsolved. We have to date recognized five big mass extinction in the past, but there might be more. However, the key point is: who cares of how mass extinctions work? What is the lesson for us? Indeed, advancing our knowledge about the remote past of the history of life is proving very useful to understand and to address the current crisis – the Sixth mass extinction».

These events have indeed played a key role in shaping life as it is today. «Even Charles Darwin had already understood that extinctions had something very important to do with the evolution of life», points out Massimo Bernardi, palaeobiologist and Curator of Palaeontology at MUSE, the Science Museum of Trento. «A mass extinction is a major perturbation of ecological and evolutionary equilibria that does not have only deleterious consequences, clearing ecosystemic spaces and cutting biodiversity, as we would expect. Through extinction events, chance breaks in the regularities of the biological laws; and this element of contingency plays a central role in the macroevolutionary dynamics, as it opens novel paths of evolutionary exploration and boosts the emergence of new life forms.

Take the major anoxic events, global warming, ocean acidification occurred in the past. For all the living forms that had become well adapted to their ecological niche throughout million of years of biological evolution, these events were a catastrophe, leading to extinction; for others, on the contrary,  these events represented a new opportunity, leading to new equilibria and new possibilities».

A short interruption in the continuity of evolution

Michael Benton has been studying extinction events for a long time, and he is convinced that conventional evolutionary laws are suspended during a mass extinction. «David Raup, one of the first palaeontologists to discuss this question, compared mass extinctions to a minefield. Imagine a trench in the World War I, where 100 soldiers are preparing to fight; of those hundred soldiers, half are strong, well fed, and well trained, while the other half are weak and unable to use a gun. But when the whistle blows they all climb out of the trench, run towards the enemy and the minefield just kills them all.

If, in this example, natural selection had been at work, the strongest and best equipped would have survived, while the weakest would have died. But this does not happen during a mass extinction event, because the drivers of the crisis are not predictable in terms of normal evolutionary challenges. Mass extinctions are triggered by uncommon and unpredictable events, to which no life form is prepared.

Many have tried to understand the reasons why some species rather than others survive to catastrophes such as volcanic eruptions or the impact of a meteorite. Why, at the end of the Cretaceous period, did small mammalian species prevail over the dinosaurs? Although we might identify traits that gave certain species a selective advantage, I think Raup was right that most species cannot adapt to new disrupting conditions. So, we have to admit that in most cases survival is almost exclusively a matter of luck». 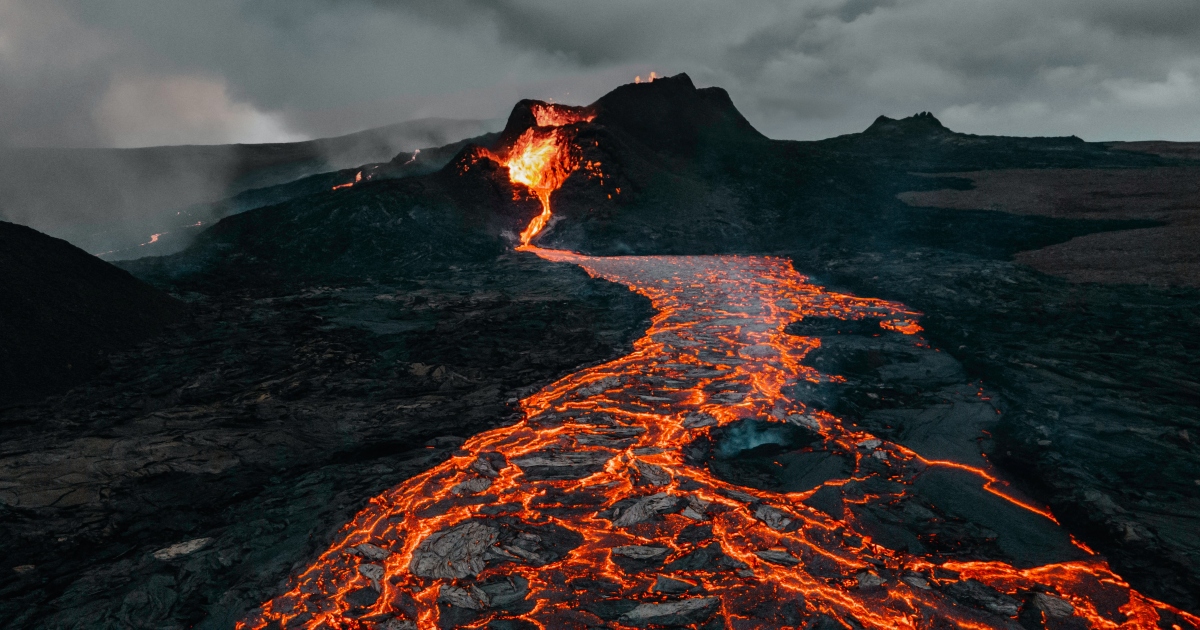 Studying mass extinctions is not just a palaeontologist’s hobby. Figuring out how life recovers from a catastrophe, studying its resilience, is also essential to understand the events occurring in the present. «As in many other cases in science, new data and discoveries are radically changing our previous knowledge about the speed of ecosystem recovery after a catastrophic event», clarifies Bernardi. After each of the five major extinctions, life probably needed several million years to restore its previous level of ecological complexity; however, new technologies that allow more accurate dating of fossil records are providing increasing evidence that some groups and species may have recovered faster than others, and that not all the planetary ecosystems were affected in the same way».

«Despite the growing attention that the late Cretaceous extinction (which was triggered by a meteorite impact, an exogenous factor) has received in recent years, we now know that in most cases the main drivers of extinction events are endogenous phenomena, such as large volcanic eruptions», Benton adds. Such vast eruptions, which affect entire regions or even have planetary consequences, initiate complex processes that can threaten the very existence of the majority of life forms. «For example, think of the global warming caused by anomalous gas emissions, and ocean acidification. These two phenomena are also happening today before our eyes; but the difference is that this time, those processes have been triggered by the activities of only one species: us».

«This sudden alteration of ecological conditions are endangering the survival of countless species. We are at the beginning of the Sixth mass extinction, the first to be caused not by massive geological events, but by a young, invasive, and highly adaptable African species.

«Palaeontology is a historical science», Benton continues. «It cannot predict the future but, by understanding the mechanisms that occurred in the past, it can help us understand the present and prepare for what might happen in the future. Today, with technology, we are able to develop models that can make accurate projections based on the data from the past. Therefore, predicting the future is today a little less uncertain».

Looking at the past, we can draw at least one conclusion, that life will overcome the present crisis in one way or another. «Our biggest uncertainty concerns in what form life will survive», Bernardi admits. «As Georges Cuvier argued, great extinctions are true revolutions, because they completely alter the status quo, and nothing is the same after these shocks.

For example, given our resilience as a species, it is unlikely that we humans will become extinct; the unanswered question to date is what part of the current diversity of life will survive along with us, and what the world will look like in a few years. We may not be witnessing the “end of the world”, but this is certainly a momentous transition. For this reason, we need to focus on how to deal with this contingency».