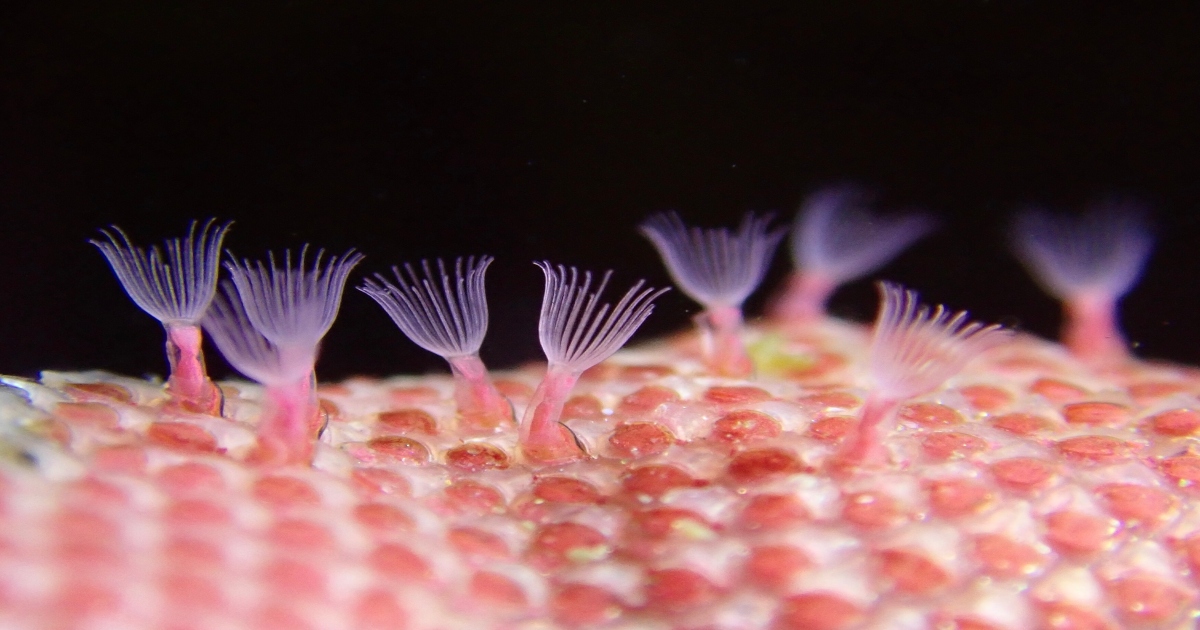 For centuries, natural philosophy and theological reflection have been deeply intertwined. Nature, God’s creation, was the manifestation of the goodness and perfection of its creator. This perfection, as revealed in the Scripture, was embodied in the human creature, made “in His image and likeness”, which represented the epitome of creation itself.

From this perspective, the gradual development of life forms could not be considered the result of chance, but it was directed towards a specific purpose: the emergence of the human speciesfor this reason, in the great classificatory endeavour culminated in the works of Carl von Linné, natural philosophers of the 18th century organised all life forms into a scale of increasing complexity and perfection, a “great chain of being” that extended from the simplest invertebrates up to humans, angels and the divine entity. This teleological (i.e. goal-oriented) view implied that the history of life was characterized by a steady increase in complexity, primarily quantifiable on a morphological basis.

Even Darwinian evolutionary theory, despite having significantly contributed to the secularisation of the life sciences, did not completely undermine this teleological perspective, which is rooted in the way we humans interpret reality. Since then, however, thanks to scientific advances and the complete separation between science and theology, the teleological approach has been replaced by a more materialistic and deterministic interpretation of the natural realm.

Nevertheless, the question of whether there has actually been a gradual increase in complexity throughout the evolution of life remains unanswered. It seems undeniable that today’s life forms are more complex than the primordial organisms. But then, what is complexity? Has this increase in complexity been driven by laws and forces, or is it the result of pure chance? Has life reached the peak of maximum complexity?

Such questions have not yet been solved by science, but research continues. Among the scientists who studied this fascinating issues, on the edge between science and philosophy, is Daniel McShea, Professor of Biology at the Duke University of Durham, in the United States. We asked him a few questions.

Is there actually a tendency towards greater complexity in the natural world?

«First, we need to understand the concept of complexity. I think there are at least two types of complexity. We can refer to complexity in the sense of part types: how many parts an organism consists of. On the other hand, there is a “vertical” complexity in the sense of levels of nestedness, of “things inside of things”. In the vertical sense, we can definitely argue that complexity has increased over time, and we have data to demonstrate it. On the contrary, for the “horizontal” complexity – i.e. part types of an organism – we have to admit our ignorance.

Nonetheless, it is important to distinguish, in this kind of research, the notion of tendency from that of result. When we assert that there has been an increase in complexity during the course of evolution, we are referring to the result, which is indeed before our eyes, and that, moreover, is confirmed by data. On the other hand, we have no proof of the existence of a tendency for this phenomenon to occur.

Science disproves any teleological narration on the history of life: we have to admit that no force or law were in place to make an increase in complexity necessary. Science tells us a mechanistic story: the main characters are chance, natural selection, and no predetermined purpose».

If the history of life was not supposed to go like this, can complexity still increase, or suddenly decrease?

«Certainly, complexity (the “horizontal” one) can decrease as well: it is a phenomenon called regression, and it is quite common. I will give you an example of where it has decreased. There is a group of very small animals called the interstitial fauna: they live in wet environments, between the sand grains, between the grains of dirt, in coastal or riparian habitats. Many of them are the descendants of much more complicated organisms, and in order to live in this special environment, natural selection has favored the loss of parts. It has favored the reduction in number of part types.

There are many cases similar to that of the interstitial fauna. It is uncertain, to date, if in the evolutionary past there were more increases or decreases in complexity. Once again, however, it seems intuitively clear that life in general has been characterized by a trend towards increasing complexity of part types: the difference between the first single-cell organisms and today’s fauna – reptiles, amphibians, fish, birds, and mammals – is obvious.

Yet, the reason of this trend may be simpler than we expect: the degree of complexity depends on the characteristics of the system in which life itself has evolved. Due to the contingent conditions of the Earth living system, there is a minimum threshold of complexity which cannot be passed. From that minimum, then, complexity can only increase. For this reason, we observe, in the natural world, this passive tendency to increasing complexity, i.e., to move away from that minimum».

As you mentioned, there are different types and levels of complexity: the horizontal and vertical ones, and on a microscopic and a macroscopic scale. How to reconcile them in a comprehensive perspective?

«I believe that complexity is a level-relative concept. If, for example, one were to measure the complexity of a fish, what level should one assess? At the molecular level, we find that in a single fish there are about 15,000 different types of gene products. At the same time, a fish has “only” 120 cell types: should we consider this a sign of a lower complexity at the cellular level?

At this point, the question is which parameter should be regarded as the “true” complexity. And the answer is that there is no such thing as “true” complexity. Complexity is not an absolute concept, but has a level-relative meaning. Therefore, the hypothetical question “what is the real complexity of a fish?” is not well-posed: it is a “non-question”».

Chance vs teleology: is there a winner?

«The answer depends on what we mean by teleology. Many people give a theological meaning to this concept, but evolutionary biology has been quite consistent in denying that it needs any influence from God in order to account for evolutionary trends.

Putting aside the religious side of teleology, I think it would be correct to replace this concept with the notion of forces: the question would then be to evaluate the role of chance versus the role of forces during the evolution of life. In my opinion, there are sufficient theoretical reasons to argue that the increase in complexity has been triggered not by chance, but by natural laws».

One of these laws was theorised by Professor McShea himself, along with the philosopher Robert Brandon. It is the Zero Force Evolutionary Law, defined by its creators as “biology’s first law”.

«The principle underlying the law is quite simple», McShea explains. «We have developed an ideal model, according to which in the absence of forces, such as natural selection, the expectation is that parts will get different from each other. The homogeneous will become heterogeneous, and the heterogeneous will become even more heterogeneous. However, in the real world we do not see such a constant and widespread increase of complexity: this means that natural selection, which is the only force we can think of that could account for significant changes over the history of life, may be constantly opposing the rise of complexity.

The Zero Force Evolutionary Law showed that, contrary to the conventional wisdom that “complexity is a good thing”, complexity is actually not always a good thing for life forms, which is why selection does not always favor its emergence. Sometimes it does, but it often favors simplicity.

With this laic interpretation of the concept of teleology in mind, it is possible to admit that those forces acting to limit the proliferation of parts and the increase in complexity are, somewhat teleological. But it is a counterintuitive kind of teleology: it is not a complexity-oriented tendency, but a set of forces acting to slow down this tendency and reward simplicity. Therefore, the miracle is not that we are so complex, but that we are not much more complex than that!».

What can we expect, on the other hand, from complexity on a macroevolutionary scale? Are there laws acting at this level too?

«The increase in complexity in terms of the hierarchy of biological systems is one of the few well-documented biological processes throughout the history of life: we know the steps of this evolutionary process, we know when the “jumps” from one level to the next took place, we are able to recognize the direction of this increase.

This rather simple path is marked by four turning points.

The first is the emergence of bacteria, the first living organisms on Earth, which evolved around 3,9 billion years ago.

The second dates back to 2 billion years ago, when groups of bacteria began to “associate”, forming the first eukaryotic cells. Eukaryotic cells originated as groups of previously autonomous bacteria, which then merged to form symbiotic organisms. This is the first example of the gradual incorporation of one level into another: the more complex contain the simpler ones.

The third step is multi-cellularity. According to the oldest fossil evidence, this occurred between 800 and 600 million years ago.

The fourth and last step is the convergence of groups of multi-cellular organisms to form more complex organisms: colonies. The first fossil records, dating back to 480 million years ago, are the bryozoans, organisms that are morphologically similar to corals, although not phylogenetically related to them.

Looking at these crucial moments in the evolution of life, we can see that, over the millennia, the increase in complexity seems to have steadily accelerated. If this trend had continued until the present day, life should by now have reached a very high level of complexity. Yet, at some point the mechanism seems to have stopped: the fifth level has never been reached. But why?

The real unsolved question about complexity, then, is: why did the hierarchical complexity of biological systems not further evolve beyond the level of colonies?

It seems, in fact, that even the most complex life forms, both from a morphological and a hierarchical point of view – humans, for example – are still tied to the first level, the simplest one. Despite this gradual incorporation of the previous levels into the next, the most complex organisms are still dependent on bacteria. Every human being, for example, carries within him, alongside the multiple evolutionary symbioses already mentioned, an immense ecosystem composed of bacteria and other micro-organisms. All levels are represented within every single human being: from individual bacteria, to eukaryotes, to multicellular organisms, to colonies», Professor McShea concludes.

We humans, the supposed acme of creation, are not fundamentally different from bacteria, which are the basis of the evolutionary path of life on Earth. The “great chain of being” is, therefore, definitely rebutted.