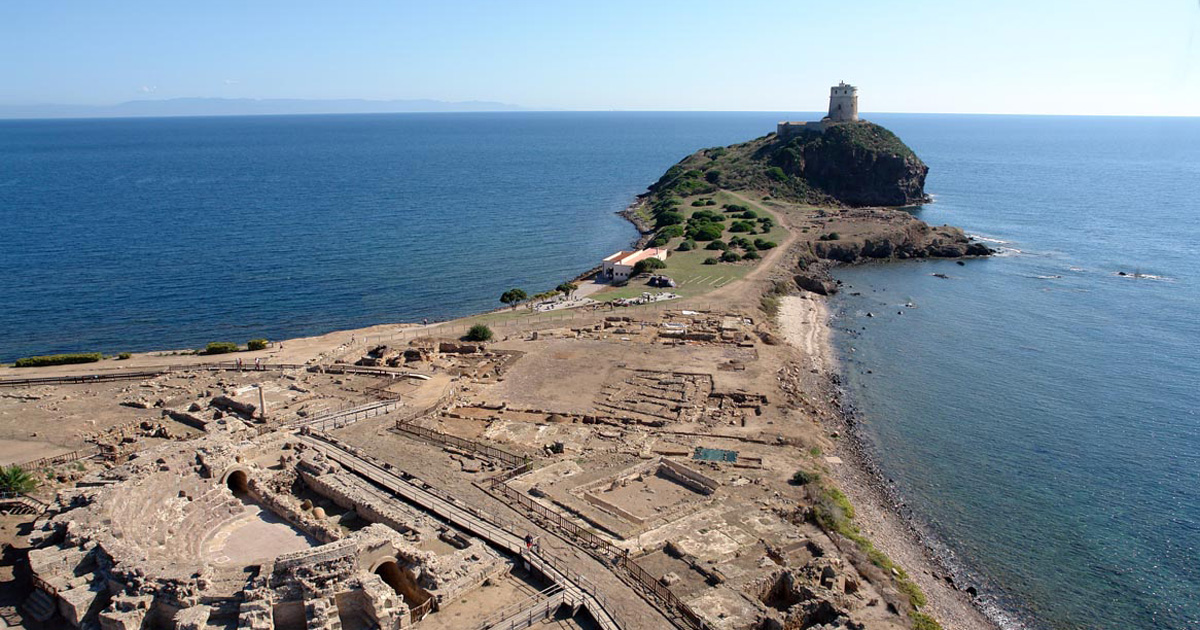 Everything is ready at the archaeology laboratory of the University of Padua. For the twenty-eighth consecutive year, crates of artefacts, computers, topographic stations equipped with laser scanners, GPSes, microscopes, drones, precision tools and much more are piled up and await the departure of the small convoy of cars and vans of the Cultural Heritage Department, which will travel down the peninsula, cross the Tyrrhenian Sea and finally arrive in Sardinia. This magical land "of silver veins" (for its metal mines) is situated between Africa and Europe and with Sicily and Crete shares the status of a "big island" - almost a continent - in the middle of the Mediterranean. In the collective imagination, ancient Sardinia is the island of the nuraghes, megalithic edifices built between 2000 and 1000 BC to dominate a fertile, vast and varied territory. The island counts over 7000 Nuragic towers, scattered everywhere and often surrounded by villages with populations mainly devoted to livestock farming and agriculture. Their construction with stones often enormous and immovable has ensured the long survival of the nuraghes through the centuries and the role of custodians of an immaculate landscape. Immortalised by European travellers in the eighteenth and nineteenth centuries, they became an eternal symbol of the island. 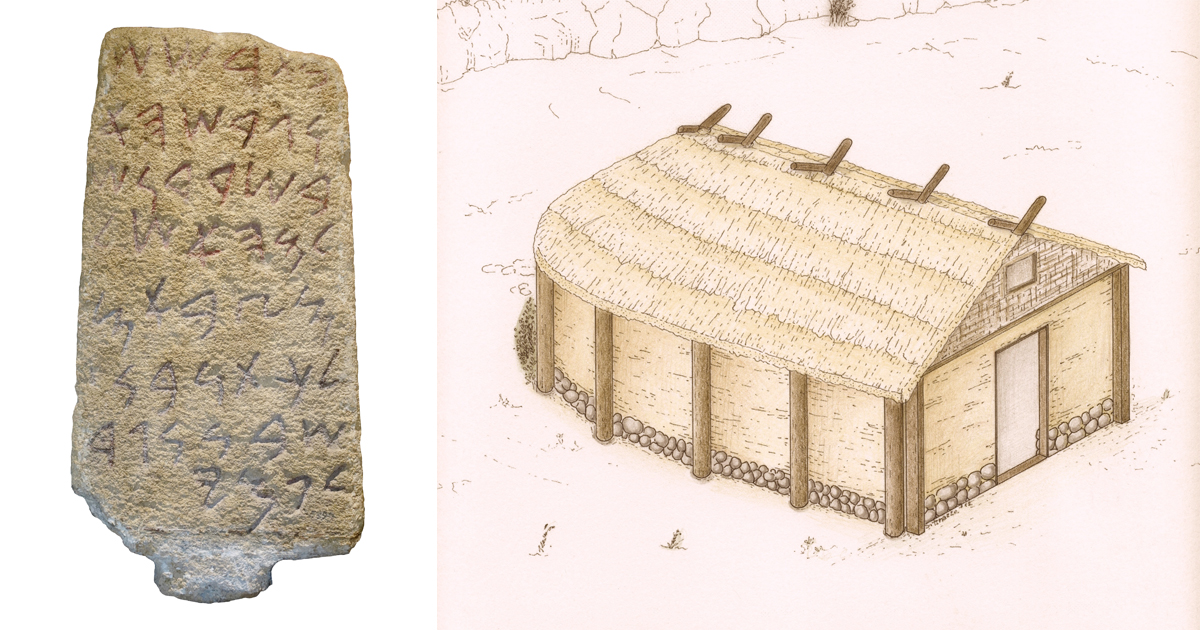 On the left the "Stele di Nora"; on the right the reconstruction of a Phoenician hut

While the nuraghes and the great civilisation that expressed them are the strongest and most representative element of this land surrounded by the sea, Sardinia is also so much more, due to its geographical position between Italy, Africa and Spain which has made it over time a place of contact and cultural interaction between different peoples and civilisations. It is this extraordinary archive of history of peoples in contact that attracted the University of Padua almost thirty years ago. More than any other place, it is here where the historical theme of cultural contamination can be studied and analysed with a fixed look at the identical and immutable problems of hybridisation between peoples, which are as current as ever in the Mediterranean.

The field of exploration is the ancient city of Nora, which closes the Gulf of Cagliari along its southwestern coast leading to Capo Teulada. The city, considered by Greek geographer Pausanius to be the oldest urban centre in Sardinia (founded by mythological hero Norace), stands at the extreme tip of a slender peninsula jutting out into the sea, from which Capo Carbonara can be seen to the east on sunny days, while to the south one can imagine the coasts of Africa, which lies just 180 kilometres away.

Nora was unearthed between 1952 and 1960 by the enlightened head of archaeological heritage Gennaro Pesce and it became the island's first archaeological park. It has since been visited by over 70,000 people annually. Here, since 1990, an inter-university archaeological mission has seen the convergence of researchers from Padua, Milan, Genoa and Cagliari, who in complete synergy with the Cagliari Archaeological Heritage Office have systematically resumed studying the ancient city. Since 1990, these universities have conducted two months of archaeological excavations, surveys and studies every year and have rewritten the history of the city and the territory, starting from the nuraghes, the symbols of the island, but going much further.

In recent years, the researchers from Padua have uncovered a Nuragic structure in the centre of the ancient town, buried under the Punic and Roman strata. From year to year it has become clearer that Nuragic Nora was placed in a territorial network that from 1200 BC was reached by merchants from the East and the Greeks of Mycenae who traded throughout the Mediterranean. Ceramics produced in the Peloponnese have been found in the stratigraphy and they tell of shipping routes that already knew Sardinia as a place where precious natural materials (iron, silver, tin, lead) could be found.

But it was during the grand era of the Phoenicians that Sardinia became the centre of the Mediterranean again from 900 BC. Surveys into the deeper levels conducted between 1998 and 2014 have to date identified a vast village of huts built with wood and mudbricks, where intrepid seafarers lived seasonally to meet the Nuragic peoples and obtain the precious metal minerals that the island has in abundance in exchange for their precious oriental artistic products. With the Phoenicians, the alphabet (which we still use today!) arrived in the West and it was in Nora that the famous Nora Stone, the first written text of the Western world dated to between 800 and 700 BC, was found in the 18th century. In the shrines dedicated to the Phoenician deities, who protected the emporium of Nora, the 2017 excavations unearthed traces of impressive structures and precious gold and silver electroplating, used to decorate the votive gifts given to the deities that "guaranteed" the exchange of goods and technical knowledge between the Phoenicians and the natives.

The surveys underway since 3 September, involving over 60 students (both post-graduate and PhD students), focus on many areas of the town and address a wide range of historical problems. One research group will focus on the very recent (2014) discovery of a new large Carthaginian necropolis with underground burial chambers carved into the rock. Inside the hypogea, the inhumations of Carthaginian aristocrats have been recovered. They arrived in Nora in the 5th century BC, bringing with them precious jewels, scarab gems, Greek cups and coins. 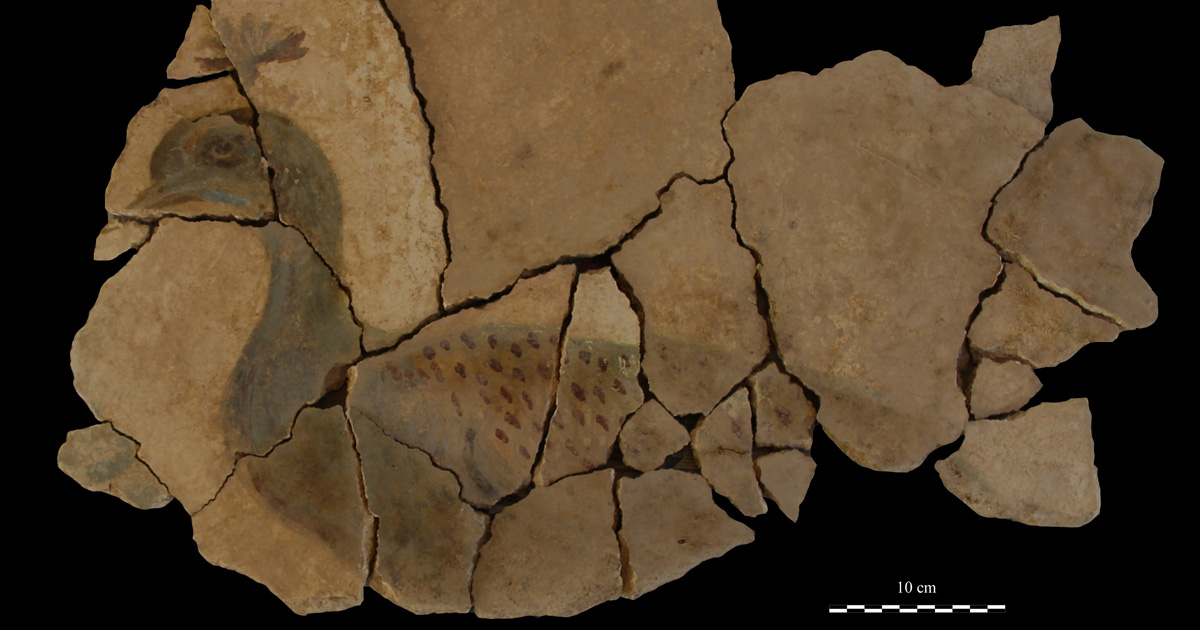 Roman fresco discovered in the "House of Favonia" in Nora

At a later date, research will focus on the entry of Rome into Sardinia and on the processes of integration between the Sardinian-Punic communities and the new rulers of the Mediterranean, who built opulent and ornate houses. One of these, known as the "Casa di Favonia", has in the last three years brought to light fresco paintings of absolute value, with figurative and geometric depictions.

Research over the years has continuously expanded to include the study of the relationship between man and the environment in a fruitful dialogue with various scholars of the natural environment (geologists and geomorphologists). In this field, ancient quarries of construction stone material have been identified and studied, while the analysis of historical sea level oscillations, which have led to the submersion of part of the city, is ongoing and is the subject of underwater investigations by the Paduan team in cooperation with the ENEA (Italian National Agency for New Technologies, Energy and Sustainable Development) of Rome, the CNR (Italian National Research Council) unit in Oristano and the Cagliari Archaeological Heritage Office. It was thus possible to reconstruct a sea level rise of almost 1.5m from the Roman age which has produced a drastic loss of land and the ancient urban framework.

For the past ten years the various phases of research in Nora, as in many other archaeological sites, have experienced a progressive process of digitalisation of procedures: all excavation evidence and findings are recorded on online databases resident on the Padua servers. Each survey is anchored in three dimensions with absolute coordinates within geographical systems and the ancient city was recently the subject of a complete virtual reconstruction allowing the complexes to be seen through immersive virtual reality viewers. This strong push towards information technology has enhanced the site’s visibility, positively impacting tourist flows. 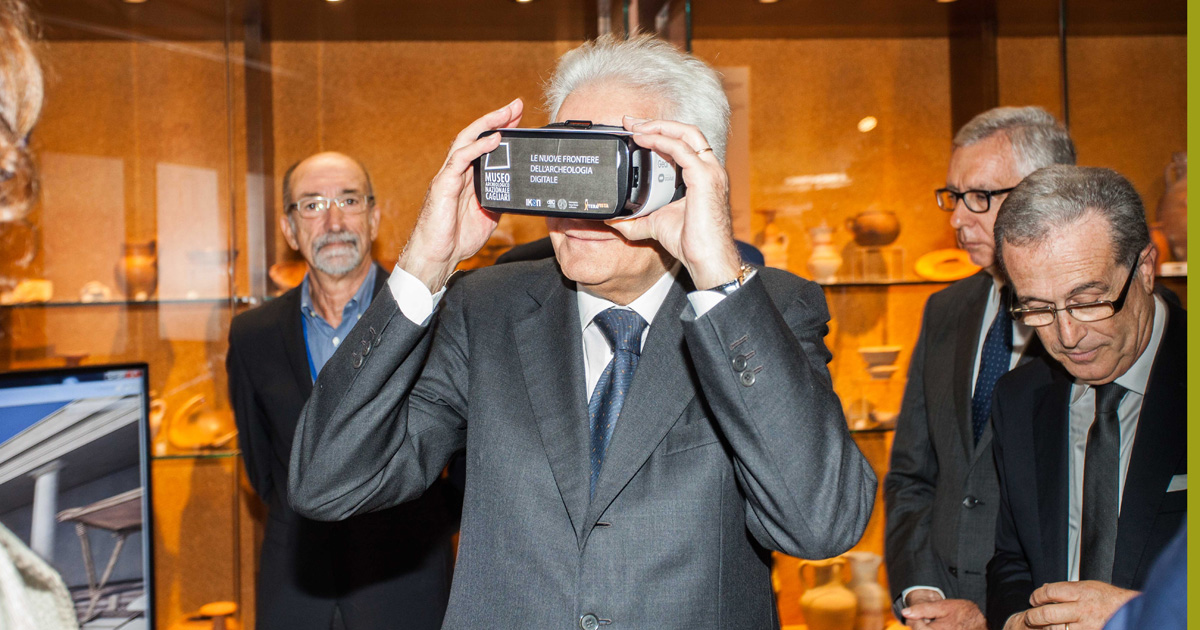 However, digital technologies are only one of the complementary sectors to the archaeological sciences in which the most has been invested. The Nora Project has also strongly researched the relationship with all branches of the "hard sciences" to exploit the advantages of full interdisciplinarity, today considered the basis of archaeological research methodology. Experiments have emerged in the fields of geosciences (analysis of stones and mortars used in architecture and clays used in the production of artefacts for everyday use), biology (pollen analyses on ancient remains), physics (radiocarbon dating) and engineering (structural analysis), which widen previously unhoped-for horizons of knowledge.

It is in this methodological and operational framework and with extensive previous knowledge that the 2018 excavation campaign commences, with results and news to be revealed at the end of October. As part of the research activities this season, there will be a workshop in which all the researchers of the four universities involved and other scholars will focus on the results of the most recent surveys and a series of historical problems relating to the Roman-Republican phases of the city (from the 3rd to the 1st century BC).

Any information on current activities can be found on the constantly updated mission Facebook page: www.facebook.com/scavidinora.

All activity reports have been published since 2005 in the scientific journal Quaderni Norensi, published in open access by Padua University Press, while the most extensive studies are progressively reproduced in monographic volumes of the Scavi di Nora series, now in its eighth volume.

For previous results, open access publications and the historical-urban framework of the ancient city, visit www.nora.it. For information requests, write to progettonora.dbc@unipd.it.

Back to the future. Valuing nature beyond money: from price tags to plural valuation languages