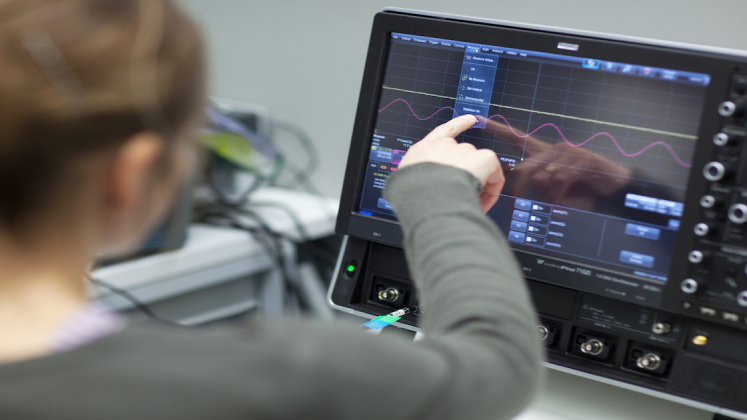 IT security has become of crucial importance to protect the personal data that we exchange every day on the Internet. Complicated mathematical algorithms behind modern cryptographic systems protect all access passwords, credit card numbers and chat messages. However, these systems are far from perfect. Since 2013, according to Cybersecurity Ventures, 3,809,448 pieces of data have been stolen every day: every second, cyber-attacks steal data from 44 accounts worldwide.

Quantum communications can revolutionise this sector as they offer a cryptographic system that is impossible to violate, based on the exchange of “quantum bits” (or qubits). The qubit is the quantum version of the traditional bit: while the traditional bit can only assume two distinct values, 0 or 1, the qubit can find itself in a quantum “overlap” between the two states |0> and |1>. QKD (or quantum key distribution) allows to create a shared and safe encryption key between two users. The key is created by encoding the qubits in the polarisation (the polarisation of light is connected to the direction of oscillation of the electric field) of single photons exchanged between them. The counterintuitive laws of quantum mechanics ensure that no other user can acquire information regarding the key, thus guaranteeing security. These laws ensure that no “quantum photocopier” exists (a qubit cannot be copied) and that any action on the qubit can affect its status. If an adversary attempts to extract information during the exchange of photons, a variation is measured in the polarisation of the photons received, therefore notifying the legitimate users.

Once the key has been shared in a secure manner, the two users can exchange encrypted information in a totally secure manner.

In the study, entitled All-fiber self-compensating polarization encoder for Quantum Key Distribution and published by the journal Optics Letters, the research group QuantumFuture of the Department of Information Engineering at the University of Padua proposed a new system to quickly and efficiently encode the qubits in the polarisation of single photons. This new system, called POGNAC (from Polarisation Sagnac), provides a compact all-optical-fiber and self-compensating device. The previous encoders were subject to continuous deviations and had to be constantly monitored and calibrated. On the other hand, thanks to its design based on a ring interferometer (or Sagnac) in fiber, POGNAC allows to automatically erase these deviations, guaranteeing a considerable long-term stability. Again, thanks to its particular ring design, POGNAC has been produced with commercial components, typically used for traditional communications in fiber, modulating polarisation more than a billion times a second and, at the same time, simplifying the setup and reducing the total costs of the device.

Thanks to these two key factors, stability and high speed of modulation, this system is ideal for QKD protocols in free space and in fiber.

“We are expecting QKD to have a deep impact on the privacy and security of citizens - says Giuseppe Vallone who has conducted this research within the QuantumFuture group coordinated by co-author Paolo Villoresi. - Our system simplifies the generation of qubit encoded in the polarisation of photons. Polarisation is, in particular, the most suited encoding for quantum communications in free space, such as from satellite to Earth or between mobile terminals, because it is not disturbed during propagation”.

Thanks to its compact nature, POGNAC can also be used as a transmitter on board satellites to extend the quantum key distribution on global scales.