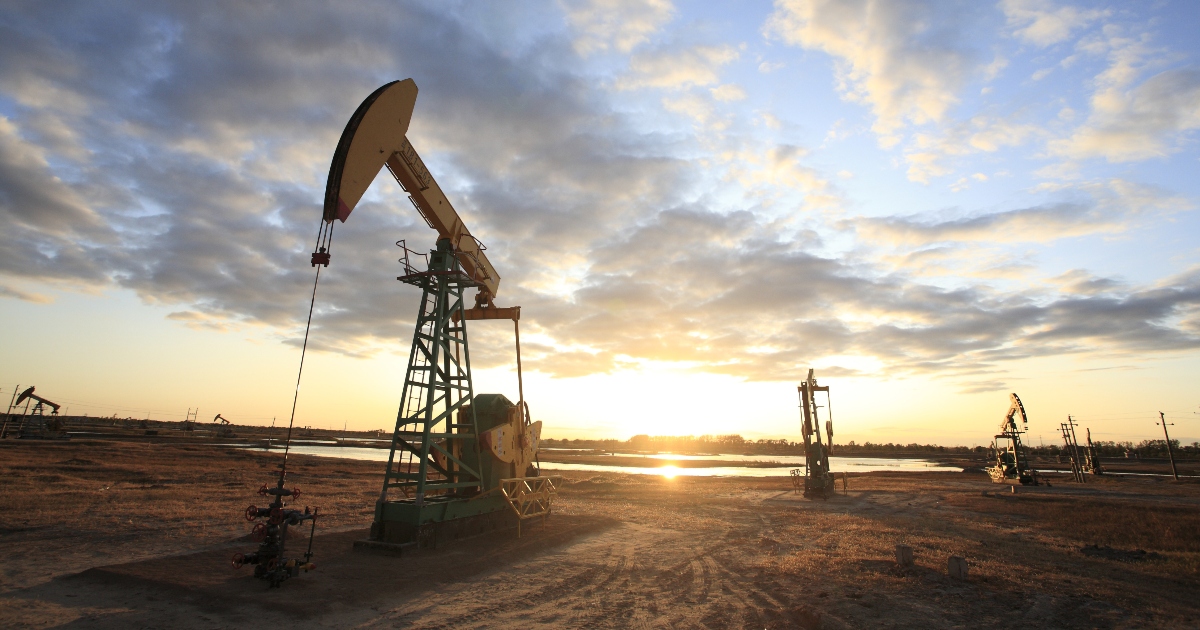 On April 20, in the midst of the Covid-19 emergency, an unprecedented event made headlines around the world. The price of crude oil, in free fall since early March, had just gone negative for the first time in history, falling to minus 37 dollars and 65 cents per barrel (corresponding to about 158 ​​litres). Taken literally, it meant that not only you could get a barrel of oil for free that day, but you could even get $ 37 and $ 65 on top of it. Except that the story was not to be taken literally, as we will see.

Now the world economy is reopening and the price of crude oil is on the rise again, but will remain under surveillance for some time. Black gold remains the most used source of energy, accounting for 32 percent of world energy production. Basically, every productive sector uses oil - for electricity, for transport, for materials – and the price of crude determines the prices of almost all other goods. Food prices, for example, tend to follow oil prices closely, so much so that FAO regards crude oil price volatility as a major threat to food security.

Understanding how and why the price of oil moves is crucial – even more so for those who push towards a greener economy, less dependent on fossil fuels. And yet, as soon as you look into that number, you realize that it is much more complex than it seems.

Everything has its price

In fact there is not one "oil price", but many prices. Each crude variety of crude has its own, depending in part on its physical and chemical qualities, and for the rest on the geopolitical and market choices of producers and buyers. Let's start with the simplest part: oil can be more or less dense ("heavy" or "light", in technical language) and can contain more or less impurities, in particular sulfur (it is "sweet " if it has less sulfur, and is" sour " if it has more). High density and sulfur make it more difficult to extract crude, pump it through a pipeline and extract petrol, diesel, kerosene. The most appreciated oil, for which customers are willing to pay more, is therefore the "sweet and light" one. At the other extreme are Venezuelan oils such as Boscan or Laguna. When we were writing this article, for example, the crude  menu showed options for all budgets: from 2 dollars per barrel for some Canadian crudes, painstakingly extracted from bituminous sands, to more than 30 for the (highly appreciated) Nigerian or Angolan varieties.

That is why market analysts focus only on the best-selling and most representative crudes and use them as a "benchmarks". The most important ones are West Texas Intermediate (WTI), a "light and sweet" crude that is the American oil par excellence and the main thermometer for that market; Brent, slightly richer in sulfur, is the most imported European crude. Then there is the OPEC basket, not a single product but an average of the prices of oils from 13 associated countries in the Middle East, Africa and South America, led by Saudi Arabia. When newspapers write about the "price" of oil, they essentially refer to the price of one or more of these benchmarks, or to an average of them.

Why does oil price change in time?

The Classical Economist's answer is "based on supply and demand, like any product". But it's way too simple. Oil has never been a “normal” product, and its market has never been a truly free one. Since the consolidation of the modern oil industry in the late nineteenth century, until the 70s of the following century, the price has remained stable with a gradual downward trend. It was kept under control by the dominant American oil companies and by the state authorities of Texas which protected American oilmen from competition.

Things changed between the late sixties and the early seventies things change. On the one hand, American crude oil production could no longer keep up with increasing demand. On the other hand, the exporters gathered in the OPEC cartel changed their tactics and started to use oil as a political weapon. In 1973, at the outbreak of the Yom Kippur war that saw Israel clash with Egypt and Syria, the OPEC countries announced a voluntary cut in production and an embargo on Israel’s allies, in particular the USA. The price of crude, which ​​had been navigating around 20 dollars a barrel for decades, rose to over 60. The West faced the first oil shock. The price would rise even more in 1979 after the Iranian revolution, going above $ 100 a barrel.

The Eighties saw a counter-shock. The US was entering a recession, the demand for energy was falling, and at the same time the new oil fields just discovered in the North Sea were causing an excess of supply. For a few years, OPEC countries voluntarily cut production to keep prices up and safeguard their profits. But the weight of that cut was mainly on the shoulders of Saudi Arabia, by far the main producer inside OPEC. In the mid-1980s, Saudi production dropped to 3.5 million barrels per day, against 10 million in 1981. At some point the Saudis decided to leave the other OPEC members to their fate, and in 1986 their wells returned to full capacity. The market found itself flooded with oil, and the price plummeted as low as $ 7 per barrel.

Crude then remained cheap until the mid-2000s, except for brief surges due to the first and second Gulf wars and an epochal fall at the end of the nineties with the financial crisis in South East Asia.

From then on, it’s been a roller coaster. First a drop, in response to the 2007 financial crisis. Then a peak above $ 110 a barrel in 2008, due to a mix of the exceptional growth in Chinese demand, a supply that could not keep up (these were the years when people in the oil business worried production was reaching its peak, before the explosion of shale oil that would make the USA a major oil producer again), the dollar crisis. Then a new drop, a couple of calm years, a new historic surge to $ 120 a barrel caused by the Egyptian crisis between 2011 and 2012. In the second part of the decade the price remained mostly between 50 and $ 70 a barrel, thanks to a precarious balance between the new abundance of American oil and a fragile agreement between OPEC and Russia to limit production. Until this year's slump, for the first time in decades well below $ 20 a barrel, due to the pandemic (a slump in demand) and a Saudi Arabia once again fed up with keeping its wells in check to help the rest of the OPEC, which flooded the market with oil just when nobody wanted it (oversupply).

Analysts distinguish between two oil markets: the physical and the financial one. The former is used by producers, transporters, and refiners, who actually swap barrels of crude by means of so-called spot contracts: one party pays, the other one quickly delivers the barrels. Only a small part of all oil transactions happens like this. Most are done on the financial market in the form of future contracts, where someone pledges to deliver or receive a certain amount of oil at a later stage: in one, two, three months (the most used contracts), but also in seven and eight years. For those who actually want oil, futures contracts are a way to reduce uncertainty. Securing a certain amount in one year at a fixed price protects from market fluctuations and helps planning budgets.

But futures have mostly become a tool for investors who have no intention of actually buying oil: they only try to profit on price fluctuations. in practice, only a few oil future contracts result in a delivery. In most cases, just before the deadline, the owners of oil futures offset them by buying contracts in the opposite direction (if they had committed to buy one thousand barrels, they make a contract to sell just as many), and use the cash to buy another future for the following month. Oil does not physically move, but - as with any financial product - you can lose or gain on transactions, because the price at which the contract is sold is different from the price paid to open it.

Usually, depending on how the economy is going and what the market expects from the future, the prices of the futures are slightly higher or slightly lower than the "spot" ones: different enough to speculate on them, but not too much. However, if the mechanism that allows you to convert contracts at expiration jams, the unpredictable can happen.

This is what happened between April 20 and 21, when the May WTI futures were expiring: those who had those contracts in their pockets had to resell them on the market, or accept physical delivery. Due to the huge excess of oil on the market, the first – and usual - option proved very difficult. But most speculators were completely unprepared for the second option: they have never seen a barrel in their lives and would not know where to put it. And in fact, there is only one place where it can go: all WTI contracts include physical delivery in Cushing, Oklahoma, the largest oil storage site in the US, with a capacity of over 91 million barrels. But to get your oil delivered there, you need to have bought tank space beforehand, and by the end of April storage space in Cushing was almost sold out because of oversupply.

Penalties for those who do not honour a future contract and refuse the oil are painful. Owners of May WTI futures panicked, and preferred to pay someone - maybe someone who still had space available in Cushing - to get rid of the contract. Which led to that negative price, but only for WTI contracts. The price of the European Brent, which unlike the WTI is a global product aimed at a larger market and can count on more storage space, never went below $ 20 a barrel. Similarly, while May contracts were plunging June WTI futures were still in positive territory: the market was counting on a partial rise in demand or at least that the producers would find a solution by then. The negative price at the end of April was therefore mostly a financial and American phenomenon

What should we expect from the oil price in the coming months and years? The correct answer is probably: more swings and more roller coasters. An economic recession, political instability from Libya to Iran, the political push (weak, insufficient, but real) away from fossil fuels, the transformations underway in the auto sector (growth of electricity and shared mobility), a trade war always around the corner between Arabia, China Russia and the United States. All those factors could alter abruptly, and several times, the demand for oil or its availability on the market.

We don't have a crystal ball, but we can take a look at current long-term futures prices, which in theory reflect market expectations on what the spot prices will be at that date: if the WTI future expiring in January 2025 sells at $ 45 a barrel, investors who buy and sell it predict that the cost of crude oil on the physical market at that date will be in that ballpark.

For what it's worth, therefore, the market expects a slow return to "normal" (ie conditions immediately before the outbreak of the pandemic), with a return to pre-Covid prices within 7-8 years.