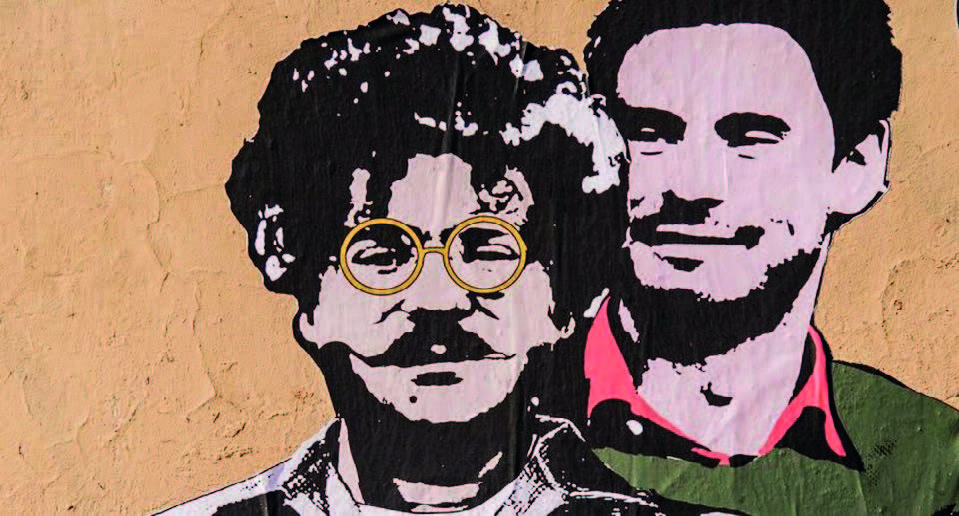 A scholar who is silenced and unable to communicate, to contribute to the outside world or who's even in fear for their life. A vision which in our Western mentality seems foreign, anachronistic and almost oxymoronic. This is the reality that many scholars around the world live in their everyday life, seeing their liberties as academics and often as human beings violated by governmental and non-governmental actors. This is a condition which in many cases falls under the radar of the media or societal and institutional attention, due to the fact that in many cases the scholar's call for help or support is not in line with the priorities of the possible supporting institutions.

The Scholars at Risk Network responds to the need to literally scrap the veil which hinders the necessary attention to the attacks directed toward scholars and their activities. The advocacy effort takes place in various forms, as for example information campaigns with focus on the dissemination of reports in order to foster the spread of knowledge regarding a single case or the contact with officials and exponents of government and civil society institutions to push for legislative proposals or actions. In addition, the network works closely in collaboration with the global institution of higher education in order to provide safe areas for scholars to conduct research and live without threats or fear for one's well-being.

The students and the professors participating in the Scholars at Risk Student Advocacy Seminar organized by the University of Padua, learn and apply the concepts and tactics necessary in empirical campaigns for the effective and efficient obtaining of the ultimate goal: the elimination or at least the mitigation of the perils experienced by the individuals in need of support.

This year a group of students from University of Padua participating in Advocacy Seminars as a part of the network of Scholar at Risk with the supervision of Professors Francesca Helm and Claudia Padovani focused on two cases of academic “unfreedom”. The seminar has been structured through a clear division of labor between two different cases: Patrick George Zaki and Ahmadreza Djalali. On Wednesday 23 June, from 10.30 pm to 4 pm, the Ancient Courtyard of Palazzo Bo will host an unmissable event: Student Advocacy Day, co-organized with the fundamental contribution of SAR Italy and Studenti per Udu - Padova.

Dr. Ahmadreza Djalali is an Iranian-born scholar in disaster medicine. Resident of Sweden, he has worked in several universities in Europe, among which Karolinska University of Sweden, where he had also attended his PhD program, Università degli Studi del Piemonte Orientale (Italy), Vrije Universiteit Brussels (Belgium).

In 2016, Dr. Djalali was arrested on a research trip to Iran. It happened without a valid warrant or reason for arrest. He was charged with spying and was sentenced to death the following year by the Revolutionary Court. The case went to the Supreme Court, Iran’s highest court of appeal, but the judges declined to change the sentence of death. The prosecution claims that Dr. Djalali received academic positions, research projects and funding in Europe in exchange for spying on Iran for Israel. Dr. Djalali has consistently denied it.

During this period, he has been reportedly denied medical attention, despite his deteriorating health, and access to his lawyer. Reportedly, authorities attempted to extract false confessions from him through torture and threats to execute his death sentence.

Dr. Djalali is still detained, and his health conditions have been deteriorating since his arrest. The case of Dr. Djalali is in need of our urgent attention, because of the severity of his situation. We are aware of the difficulty in attracting attention to his case due to the case being ongoing since 2016. However, we also believe that it is of great importance to draw attention to this case in order to have any chance of success whether it be regarding his release or improvement of his imprisonment conditions.  We, as the students who participated in the SAR seminar, aim to raise awareness of Dr. Djalali’s case via the tools we have been informed about throughout the seminar. Our mission is to spread awareness via posting on the social media accounts of SAR Padova to inform people about the case of Dr. Djalali and Patrick Zaki and update people regarding any upcoming events. We will also be holding a Student Advocacy Day on June 23rd where we will be discussing these cases with any participants. We hope to see many people participate in this important event to spread awareness for the cases of Dr. Djalali and Patrick Zaki.

The case of Patrick George Zaki features various complexities, considering the geopolitical context in which we are conducting lobbying, Europe, and the one toward which it is directed, Egypt, all along with the connection between those areas. Patrick Zaki is a student and an activist from Egypt who has collaborated with some of the most influential human rights monitoring organizations and opposition figures in the Egyptian context, all along with having a strong connection with Italy due to his participation in an academic program in Bologna. The arrest and prolonged detention of Patrick for charges of supposedly subversive and terrorist activities exemplify the deterioration of all the indexes related to political rights and civil liberties in Egypt. The various Freedom House reports related to the contemporary situation on the ground underline the tightening of the grip of governmental apparatuses both directly and indirectly in the realm of the civil society, utilizing for example the well-renowned methodology of intrusion in the societal context, therefore limiting or impeding the use of the instrument of critical free thinking and discussion toward topics which underline specific aspects that might undermine the government's actions and legitimacy. The European and precisely the Italian capacities to influence the framework in which the case takes place are weakened by the economic interests related to the bilateral trade relations, in particular the weapon system realm (exports crucial for the continental defense industry), the security and stability imperatives of the EU countries in the area, in conjunction with the present and future relations related to the energy supply diversification efforts. Various NGOs and subnational actors, such as various Italian cities (including Padova) through the granting of honorary citizenship, are advocating for more concrete pressures and the ultimate release from the imprisonment of Zaki.

Various universities joined the campaign for his liberation, by organizing events and actions to obtain the attention of the national and international communities. The European Parliament adopted a resolution on 18 December 2020 urging the Egyptian authorities to amend or repeal any abusive legislation and calling on European Member States to consider targeted restrictive measures against high-level Egyptian officials responsible for the most serious violations in the country. The need for a unitary and well-planned strategy at the European level which coordinates EU members positions and utilizes the most effective instruments at the disposal of the community level remains a priority for the positive resolution of the case.

We, students of the University of Padua, participating in Advocacy Seminars as a part of the network of Scholar at Risk also supports Dr. Ahmadreza Djalali and Patrick Zaki. We understand the value of academic freedom that is at the core of this institution. In this light, we have organized Student Advocacy Day: Free to Think!

Wednesday 23 June, from 10.30 pm to 4 am, the Ancient Courtyard of Palazzo Bo will host an unmissable event: Student Advocacy Day, co-organized with the fundamental contribution of SAR Italy and Studenti per Udu - Padova, who will be livestreaming the event.