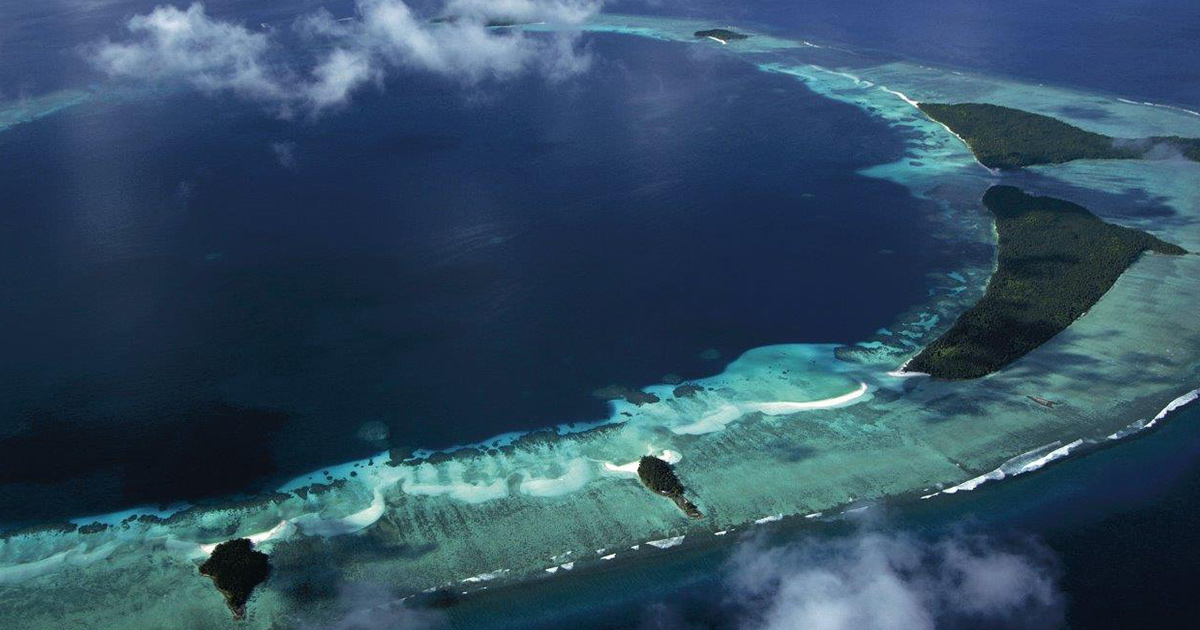 In the middle of the Indian Ocean, halfway between Tanzania and Indonesia, and directly south of the Maldives, there is an overseas territory of the United Kingdom that, since 2010,  is a 'fully no-take' Marine Protected Area (MPA): the British Indian Ocean Territory Marine Protected Area (BIOT). Large more than eight times the size of the UK, in its centre, there are 58 tiny islands, mostly uninhabited, surrounded by some of the world's cleanest seas, the Chagos Archipelago. MPA contains the largest living coral atoll on Earth, over 60,000km2 of shallow limestone reef, and about 300 seamounts and abyssal habitats. The territory has a vast abundance of marine and terrestrial species with one of the few increasing breeding seabird colonies in the region and eight times more reef fish biomass than anywhere else in the Indian Ocean does.

I had the great pleasure to meet Heather Koldewey PhD, Honorary Professor of the University of Exeter and Head of Bertarelli Programme in Marine Science, and Dr.Daniel Bayley, Marine Ecologist at the Centre for Biodiversity & Environment Research UCL, to talk about their work for Bertarelli Foundation in British Indian Ocean Territory.

Professor Koldewey, what is the Bertarelli Programme in Marine Science?

It is a collaborative project bringing together over 80 scientists from around the world to work on some of the most challenging questions in marine science. The programme addresses four main thematic research areas: the study of sentinel species, the Coral reef resilience, the MPA management, and the Communication of Marine Science and ocean issues.

Why is the British Indian Ocean Territory Marine Protected Area so unique?

Until 2016, it was the largest marine reserve in the world at over 640,000 km2. It includes 58 islands almost all entirely uninhabited, so the territory is very remote with minimal human influences and this means that we can preserve an entire ecosystem. BIOT offers a unique opportunity for scientists to understand how the ocean should look like without "human pressure" and what drives species processes, changes and interaction when there is not anthropogenic influence. It an ocean observatory, where it is possible to investigate the biology of the complex marine ecosystem and understand the role of these complex ecosystems for highly mobile species such as tunas, sharks, turtles, and seabirds.

Despite, is a fully protected area, we cannot protect MPA from plastic pollution and climate change. Sadly, even if they are uninhabited islands, plastics cover beaches, mostly, water bottles and flip-flops.  In the last couple of years, we have done a survey, and, just looking at the labels on the bottles, we found out that these bottles came from more than 18 different countries. Currently, we are trying to understand the impact of plastic pollution on this area, such as in relation to turtle nesting.

Dr Bayley, inside the marine reserve there is the largest coral atoll on the Earth, can you tell more about it?

We have over 60,000km2 of shallow limestone reef in MPA. Coral reefs are one of the most biologically diverse ecosystems on Earth. My work is focused on understanding how the high-temperature effect of the structure of the reef. We know that reef structure provides the primary refuge habitat for a range of marine organisms and it is an indicator of the health of reefs. BIOT is large and near-pristine area, so our studies can be used to understand the current condition of the coral reefs around the world. We have to remember that the livelihoods of about one billion people is dependent on coral reefs.

Dr Bayley, what is the impact of high temperature on the coral reefs?

Dr Bayley, do you think that the coral reef will adapt to these temperature leaps?

In the past, coral reefs have adapted to a changing temperatures decreasing, but this adaption usually happened over thousands of years. Because of the frequency and speed of change of the present-day events, it is harder for the coral reefs to adapt to this scale of change

Prof Koldewey, what will be the effect of climate change on the coral reef?

Under any of the future climate change scenarios, there is bad news for coral reefs. However, if we will deliver the Paris agreement, we can buy some time and have a chance of saving coral reefs, but we need to act now.

We reach the point that we know how bad will be if we do not act, it is evident that we need a scientific approach to improve the situation, so the work of scientists is vital. However, if we want decision-makers to use our science, it is crucial to work on how science is presented to the public. Scientists need to have a voice, so if we want to engage a broader audience in ocean conservation, the work of the communication experts is essential.

Professor Koldewey and Dr Bayley told me that they know that it is complicated for anybody worrying about daily problems to think about long term actions to protect oceans, especially, when this involved personal sacrifice. Nevertheless, they added, “We have to remember that the ocean is a life support system, every other breath we take is thanks to the ocean, and weather systems are heavily influenced by the ocean. If we want that this planet will to still be valuable in the future, we have to find a way as a global community and start to look after the ocean."