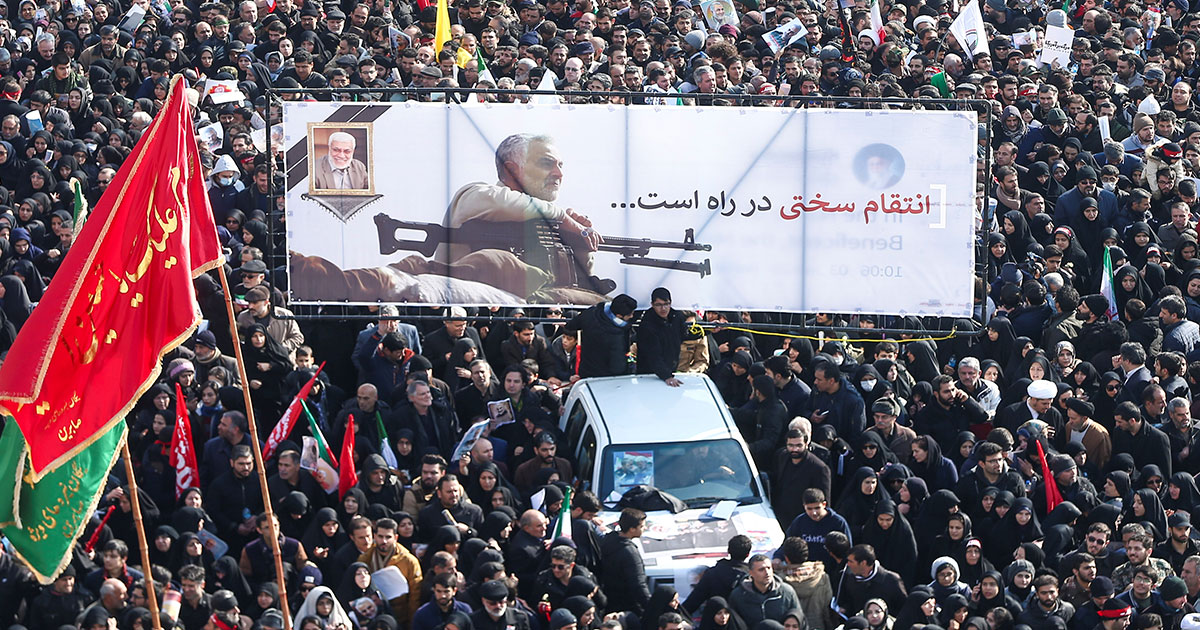 A draw or checkmate? After the killing of Iranian General Kassem Soleimani in Baghdad and the fall of Iranian missiles on the American bases in Iraq, the situation in the Middle East seems to have stalled once more. "Given the statements of US President Trump, it seems that, for the moment, it ends here,” says University of Padua’s professor of Islam, Renzo Guolo, while speaking to Il Bo Live. Renzo Guolo is an expert and highly respected analysts on Middle Eastern issues. “After that, the confrontation will remain to be played out across other chessboards, starting with Iraq and Syria. We have experienced yet another acute phase of the long conflict that has characterized relations between the US and Iran since 1979, provoked by Trump's choice to exit the nuclear deal, which will not remain secure solely under the guarantee of Europe’s commitment.”

Professor Guolo, what are your thoughts of Iran’s reaction to the killing of General Soleimani?

“Inevitably, this is a military response, but it is somewhat contained. The Iranian foreign policy, beyond the representations and propaganda, is in fact, inspired with pragmatism. For the regime, it is fundamental that the existence and stability of the Islamic Republic are not put into question.  This has led to a weak reaction to a very serious fact such as the targeted killing of the main architect of his strategic presence abroad. Probably both sides realized that it would be very difficult to control a conflict like the one that was going on."

Soleimani had been a target of the US for several years, why eliminate him now?

“There are various theories.  One theory is based on internal politics, given that Trump is currently undergoing impeachment and while the impeachment will most likely not be successful, we are still faced with an election year. Perhaps Trump needs a showdown. Secondly, there is pressure from an important part of the American administration, the Republican right-wing.  In recent years, right-winged Republicans have found themselves in a difficult situation given Trump's isolationist attitude. After giving space to other actors, such as Putin's Russia and China, the President wanted to give a signal that, the United States has not lost its influence, clarifying that they are still the World’s police.  The strength and intervention capacity of the United States cannot be underestimated. Trump had expressed his willingness to withdraw from a region that, especially after the United States achieved a kind of self-sufficient energy, has lost the interest of the American people. In terms of the political-military apparatus, it means to fail in a policy that has endured since 1945. A third element is that the influence of the Iranians has greatly increased within the Syrian conflict, combined with the persistence of the ethnic-denominational fragmentation in Iraq and the growing control over the Shiite communities in the region. All of this, in addition to the United States, is of great concern to Israel and Saudi Arabia, who together with all the other actors consider the Islamic Republic a threat.”

“The relationship between the US and Iran heavily depends on their respective internal balances, this applies to Iranian society as well.”

Over the past 40 years, the relations between the United States and Iran have experienced its ups and downs.

"Including the effects from their respective leaderships, with Clinton and Obama for example, diplomatic relations improved.  This precipitated after the American intervention in Iraq, which the Islamic Republic perceived as an attack on its very existence, who then reacted by sending Ahmadinejad into power. I would say that the relationship between the two states depends a lot on their respective internal balances, this applies to Iranian society as well, which contrary to believe, is not set in stone but rather governed by an oligarchy of factions, with a strong internal debate and visions which is very different."

Elections in the US and Iran are to be held this year, what should we expect?

"We'll have to wait and see. The clash undoubtedly favours a nationalistic reflex, but it is important not to forget that the imposing protest in Iran a few weeks ago was born from the increase in gasoline prices.  These protests reveal that the country is experiencing a situation of great economic difficulty. In this regard, it must be noted that American sanctions are working. Also, part of Iranian society has contested that the regime used its resources for external operations, resources that could have been used to improve the living standards of the Iranian people. However, we will have to wait and see how this phase will be managed, given that in Iran the candidates must be approved in advance by the Guardian Council and ultimately by Supreme Leader Ali Khamenei. Another question to oppose is how the American presidential election will phase out. As I said, the internal origin of the crisis cannot disregarded. We will see in November if the American people choose an alternative or if, as often happens, they will decide to huddle around their current president.”