Since its conception, ecological economics has been a heterodox discipline, animated by scholars and thinkers who, understanding the limits of the dominant socio-economic system, had the courage to question its principles and propose alternatives.

Among the most notable examples of this critical and attentive approach to the analysis of reality is undoubtedly Herman Daly, one of the first and most relevant advocates of ecological economics, who passed away on 28 October 2022 at the age of 84. An American economist, pupil of the Romanian mathematician and economist Nicholas Georgescu-Roegen, during his long career as a professor, Daly taught hundreds of economics students not to passively accept the dictates of neoliberal economic theory, but to recognize its historical roots and to critically analyze its implications in the strictly economic sphere as well as on society and the environment.

Since he was a student, Daly understood the absurdity of the paradigm of growth, which could be considered realistic only by neglecting the fact that any growth process must have a limit, defined by the availability of resources and their regenerative rate. This was evident in Daly's eyes thanks to the teachings of Georgescu-Roegen, who highlighted how the second law of thermodynamics (i.e., entropy) has to be applied to economic processes too, since they take place within the biophysical world. Instead, economic growth, in its contemporary meaning, is almost a regulative ideal, having nothing to do with the possibilities and limits dictated by the materiality on which it depends. To support this fallacious paradigm, economic theory has simply excluded the real world from its equations, declassifying it as a “sink” from which to draw resources and into which to throw waste.

One of the first important contributions made by Daly to highlight the inconsistency of the mainstream representation of the economic system is an image. Indeed, Daly was convinced that the first step in changing our worldview consists in modifying our collective imagination. Therefore, it was necessary to intervene in what he called the “pre-analytical vision” of the world. Thus, in the 1970s he elaborated a diagram that represented the relationship between the economy and the ecological system in an alternative way to that proposed by mainstream economic theory, in which the environment is not represented at all, and there is only a linear connection between resource extraction, production, consumption and waste.

Instead, the diagram Daly proposed «represents the economy within the biosphere», explains Peter Victor, Canadian economist and author of a biography of Herman Daly (Herman Daly's Economics for a Full World: His Life and Ideas, 2021) . «The image shows how the economy needs to draw matter and energy from the biosphere. At the end of the use cycle, some of the materials can be recycled; energy, on the other hand, cannot be recycled in any way, so it degrades as it passes through the economic system and goes back into the environment as waste heat. In fact, even materials get only partially recycled – the majority returns to the environment in other forms. Such an approach was completely innovative when it was proposed: for the first time, it highlighted the fact that economy and the environment are not two distinct systems, but that they are related to each other». Moreover, this approach showed how this relationship was not equal, as the economic system is inserted within the natural one.

Acknowledging this state of affairs is the first step towards a radical change of the current system. Herman Daly’s proposal that was not completely new, but still groundbreaking – achieving a “steady state” of the economy. «In the past, many economists had already dealt with the stationary state», Victor states. «Almost all classical economists recognised that economy cannot grow indefinitely, but they considered a risk reaching this plateau. John Stuart Mill, the great English economist of the 19th century, was the first to depart from this perspective: in his view, achieving a stationary state was a positive event».

It was precisely these reflections that inspired Daly’s proposal: once he understood that, being rooted within on a finite planet, economy cannot grow indefinitely, he recognized that the stationary state would have to be reached sooner or later. The question to be answered was whether a stationary state in physical terms should also be achieved in monetary terms. «The position adopted by Daly was that ultimately the two aspects cannot be separated; however, what we should keep in mind is that his primary theoretical objective was to make people understand the unavoidability of the physical limits to infinite economic growth», Peter Victor points out.

Unsurprisingly, his theories were rejected for a long time, «but it is amazing how he has always remained committed to that idea, always willing to discuss it with anyone, and even to change his mind, if necessary. I think it is important to recognize this as a credit to the man, alongside recognition of the influence that his ideas have had over the years». 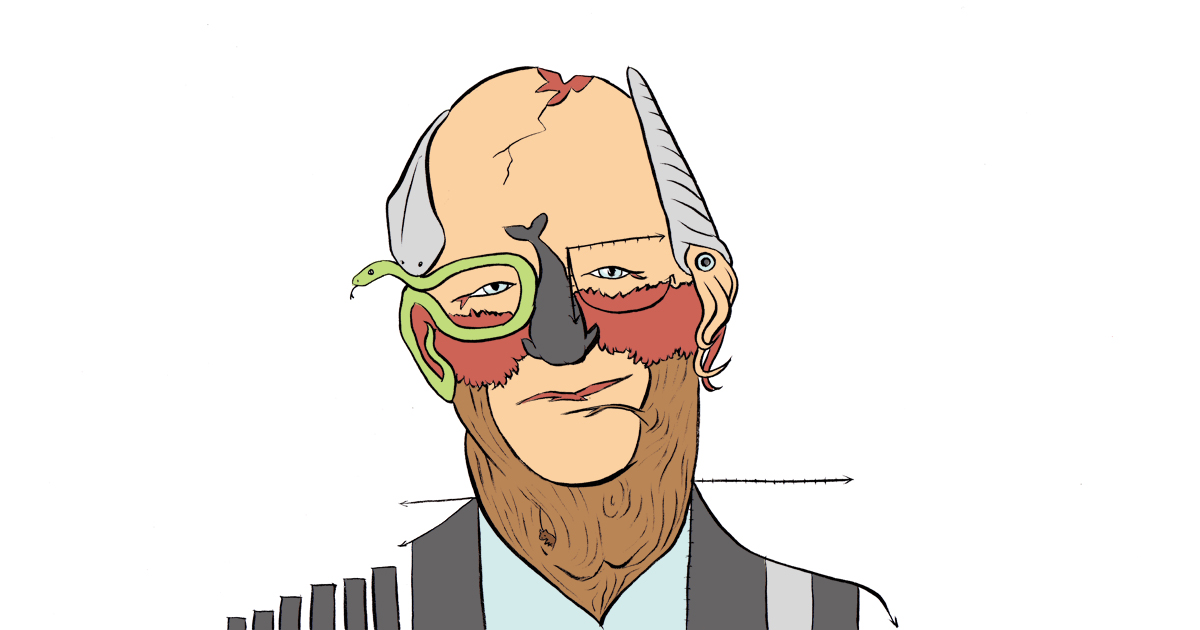 Another fundamental theoretical legacy of Daly’s work is the distinction between growth and development. «This distinction also stems from his perspective on the economy being a physical entity as well as a value entity», Victor notes. «Daly asserted that growth is quantitative, while development is qualitative. He was convinced that societies and economies could develop continuously, improving people's well-being and gradually increasing welfare, without having to rely on material growth».

He considered this distinction to be extremely important, and noted with concern how it is neglected in the current debate on sustainable development, where there is no clarity on the place that growth should play. This lack of clarity leads to perversions such as the concept of “sustainable growth”, which, considering the physical nature of the economic system, is clearly an oxymoron».

But, in the course of his intellectual life, Herman Daly did not only address economic issues. The change he advocated for society was all-encompassing, and he did not neglect theoretical aspects such as the ethical foundations that should guide action.

Faced with complex issues such as the difficult political response to global issues such as the climate crisis, Daly never gave up. In his book “For the Common Good”, the US economist expressed his concern about the extremely individualistic nature of the capitalist economic model, his biographer recalls. «The concept of Homo oeconomicus, in his opinion, does not reflect the true nature of the human being», completely ignoring its relational and emotional dimensions. «A particularly negative aspect of this economic theory was, according to Daly, precisely the fact that it does not have a reasonable conception of what it means to be human. And this conception, according to Herman, should also include the community dimension, as none of us lives as an isolated individual».

Today we have an ambivalent situation: on the one hand, as Daly himself recognized, there is more attention to the importance of this collective dimension, which manifests both at the local level, in the quality of life within individual communities, and at the institutional level. However, Daly believed that even if we are slowly moving in the right direction, there is still much work to be done.

«One of Daly's great regrets – says Peter Victor – is that he did not succeed in changing the fact that young economics students today still do not study different economic systems comparatively. In this way, they would be able to put the capitalist system in perspective, understanding that there are also other ways of doing business and being in society.

But these are issues that cannot be summed up in an interview: Herman Daly spent a lifetime addressing them, and I highly recommend reading his writings».