Nowadays, we need data to understand the world: data to be analyzed, classified, evaluated. Almost every aspect of our life has been made quantifiable – the only way, in keeping up with the spirit of the times, to understand it objectively and thus make it credible.

Over time, the primacy of numbers and data has expanded from the ‘hard’ sciences to the social sciences. As a result, even collective phenomena, individual behaviour, and the unavoidable human unpredictability have been reduced to numerical values, percentages, measurable quantities. The notion of reduction lies at the heart of this process, which has become the hallmark of modern Western science, which is indeed marked by an intrinsic reductionism.

This approach was soon embraced by disciplines such as economics, in which the ambition of mathematization and quantification led to a simplification – with questionable outcomes – of the object of study, namely the complex relationships between agents and human activities.

However, although the numerical euphoria is still predominant – what Georgescu Roegen defined as "arithmo-morphism" as early as the 1970s – we are now realizing how the absolute objectivity of the number was itself only a postulate, the result of a theoretical assumption, and was therefore not objective by its very nature.

Yet few people recognise the limits of this fundamental assumption of modern science. Especially when it comes to economics, those who question the founding principles of the currently predominant neoclassical theory, of which the reductionist (positivist) approach is a central element, are still a minority.

Neoclassical economy has influenced political and institutional approaches to several major issues, from the mitigation of inequalities to the climate crisis. Andrea Saltelli, an expert in relations between science and politics, currently a researcher at the Institute of Sciences and Technologies of Cognition of the CNR, highlights that this ‘quantificationist’ perspective is potentially counterproductive, and that it would be important to start a reflection on the – often unspoken – ethical issues behind it.

«Today, the connection between science, quantification and politics is very tight. ‘Evidence-based’ policies, i.e. grounded in quantitative data and analyses, have become common practice, so much so that there is even a research sector called public management theory, which studies the effects of applying to the public sector management criteria that originated in the private sector. The point is that, when such tools are adopted by decision-makers and the decision is made to use them for solving political issues, a number of problems arise: a growing number of sociologists of quantification are engaging in this new field of investigation, which is linked to the increasing popularity of a strictly reductionist approach to reality». 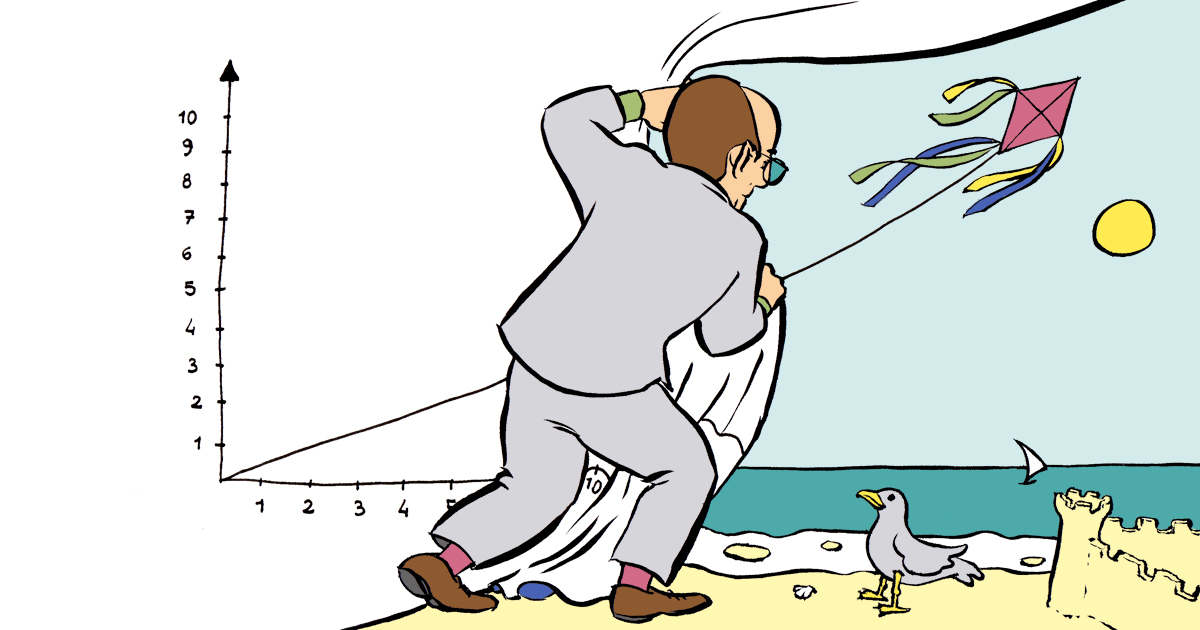 «When one analyses an issue with such an approach, and confines it within a quantitative framework», Saltelli continues, «something is inevitably lost; the very act of measuring alters the nature of the measured object, reducing it within well-defined boundaries. It is therefore important to balance ‘data-based policies’ and ‘policy-based data’: it is a distinction that is often difficult to make, which suggests caution when examining the validity and objectivity of those numbers that are supposed to justify certain policy decisions».

It is therefore crucial to recognise that even data and ‘scientific evidence’ may not be completely objective: indeed, they provide one of many possible representations of reality, and are shaped by the methods and theories used to collect those data, the beliefs of the researcher, the conditions of the moment. «When using data as the basis for a policy decision, all this must be taken into account», Saltelli remarks.

Bringing to light the complexity and plurality that characterise the world we live in is one of the main goals of ecological economics. «It is important to remember that ecological economics has not discovered complexity – in fact, it is an intrinsic feature of social and natural systems. Rather, the merit of this discipline is in bringing attention back to this fundamental aspect of reality. Today, we discuss the need to rediscover complexity: it is almost a paradox, since it is an inherent feature of the world, of which we have only lost awareness. Overcoming the extreme reductionism that resulted from the combination of the scientific revolution and capitalism is the key to bringing the notion of complexity back into focus, both in science and in society».

Reaching back to ‘evidence-based’ policies, Saltelli believes that, before reforming the way in which political decisions are made, we should first transform the scientific world, in which those decisions should be rooted. «Currently, scientific research is troubled by deep internal divisions: there is no dialogue between natural sciences and social sciences, and each discipline is mainly committed to defending its ‘fortress’ from external aggressions. In this context, the willingness to propose risky hypotheses or to engage in interdisciplinary research is definitely discouraged. We live in a time of crisis in science: it needs to be refounded, and only in this way can it be a valid tool for decision-makers to navigate complexity».