That every aspect of our existence depends, directly or indirectly, on the ecosystem is undeniable. It is precisely for this reason that climate change and the related ecological crisis are a threat to our species: because they reduce the available resources and alter the climatic and ecological conditions on which, for millennia, humans have relied not only for subsistence, but also for their increasing well-being.

It is again for this reason that, in recent years, an approach to the management of the current environmental emergency that is based on the recognition of our direct link with the non-human world has gradually become widespread among experts and policymakers. So-called 'nature-based solutions' and the evaluation system based on 'ecosystem services' are part of this strategy, which consists of the analysis, as quantitative as possible, of the benefits that humans derive from the natural world.

The latter method, in particular, has recently met great popularity. In most cases, its realization consists in quantifying the direct and indirect benefits that our companies derive from nature in monetary terms, so as to have an assessment of any costs and losses that is based on a homogeneous and shared unit of measurement.

To identify the strengths and weaknesses of this approach, it is first of all useful to remember its origin. As Erik Gomez-Baggethun, professor of Environmental Governance at the Norwegian University of the Life Sciences and, until 2021, President of the ESEE (European Society of Ecological Economics) recalls, «the emphasis placed on the notion of ecosystem services depends primarily on the fact that we live in a society and within an economy dominated by markets, in which money is the primary factor in many decision-making processes. The idea of assigning a monetary value to nature (in the form of ecosystem services) arose from the consideration, supported by several environmentalists, that the failure to recognize the importance of the natural world depends on the fact that we take for granted the various services and benefits that it constantly guarantees. Therefore, it has been assumed by quantifying these benefits in monetary terms it would be easier to recognize the shadow price of the possible loss of those same benefits, and consequently make more far-sighted decisions in this direction».

Not everything is black or white, though. The limitations of such an approach were immediately evident: first of all, the difficulty of reducing extremely heterogeneous elements (natural resources, ecosystem processes, even psychological benefits or aesthetic pleasures) to a single unit of measurement, the monetary one. Such an operation necessarily implies a massive effort to simplify and reduce existing differences; an effort that, however, leads to an impoverishment and returns an inevitably partial result of the reality one wishes to study (or even protect). Indeed, if applied indiscriminately to every social and environmental problem, market dynamics lead to the degradation of the moral values that motivate our choices.

«Ecological economics has always emphasized the importance of pluralism», Gomez-Baggethun emphasises. «While, especially in the 1990s and early 2000s, research in ecosystem services was largely dominated by the economic approach that emphasized only monetary value, today this situation is changing. Plurality of values, as well as incommensurability among them, is a fundamental element in debates on this issue: it is now widely recognised that there is no single unit of measurement that can encompass all the values attributed to the natural world in a meaningful way. Trying to translate the symbolic, cultural, aesthetic, or spiritual values that people associate with nature into monetary terms implies a failure to acknowledge all the different ways in which people attribute meaning and importance to natural elements».

Yet, it is precisely the incommensurability of such heterogeneous values other risks being an obstacle for protection policies: how to find elements of commonality between the price of timber on the international market, the global regulation of the water cycle and the nature-related religious practices of indigenous peoples of the Amazon forest? Putting a price on ecosystem services should be just one of the ways – however partial and incomplete – to bring very different issues down to a common ground, that is an essential starting point for any assessment that aims to inform political decisions.

As the professor recalls, this is exactly the argument put forward by the proponents of the monetary valuation of ecosystem services: «Many support this approach from a pragmatic position: that is, they argue that money is the most immediate and most comprehensible unit of measure both for lay people and, of course, also for policymakers. However, a problem persists: no matter how noble the intentions that could push us to put a price on natural elements or processes, it is precisely this act that leads to the commodification of those very natural elements that we want to preserve, inevitably placing them in a market perspective within which, at least in principle, they can be sold or exchanged for other goods. This solution therefore proves counterproductive – indeed, it becomes part of the problem». 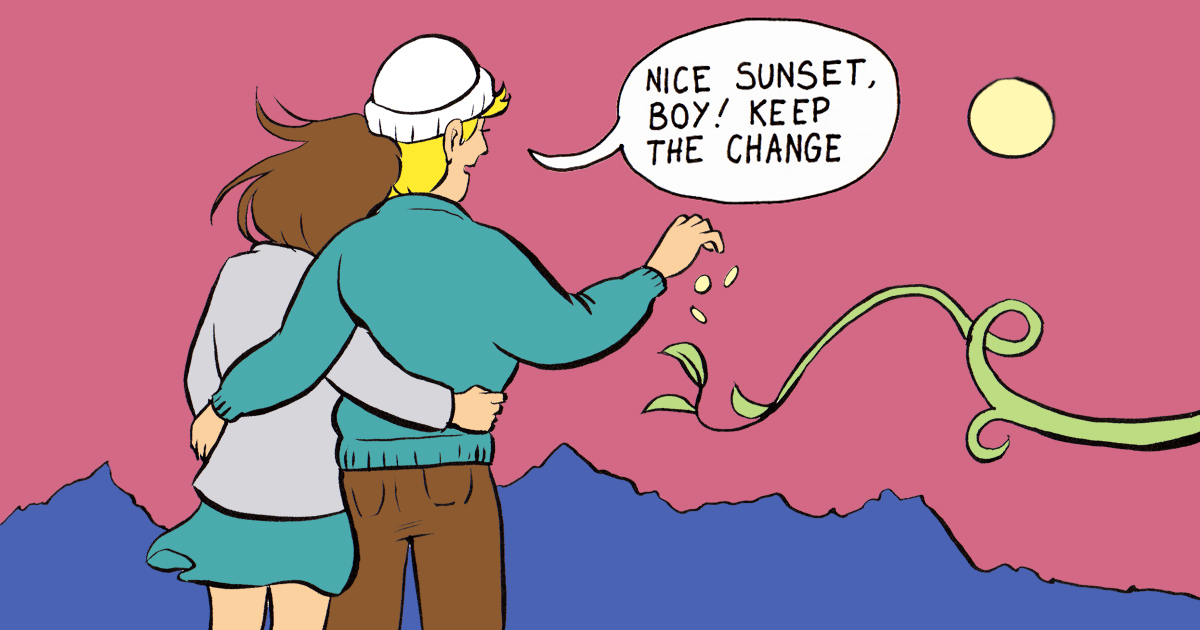 The perspective of ecological economics, which proposes not to overlook the plurality of values that emerge from the valuation of nature, does not necessarily lead to an impasse, the professor says. In addition to the ecosystem services approach, there are other tools that can provide valuable support for decision-making processes, while not running the risk of reductionism. «For example, there is the so-called 'multi-criteria analysis', which can take place on a purely technical ground or involve people through participatory processes, in which the various stakeholders are invited to express and weigh the different values within the decision-making process. Moreover, there are deliberative processes, in which an attempt is made to bring different people together and discuss the different values that each person attaches to the natural world. Although less immediate, these methods also provide important decision-making tools for politicians, giving them the opportunity to compare the available information in view of the final decision».

The approach that recognizes the plurality of values and grounds decision-making processes on active participation and shared discussion can be particularly tiring and difficult to apply when the problems to be addressed are not at a local level, but on a transnational scale or even in the global context. And this is not an extreme situation, but an increasingly common reality, if we consider the rapid ecological changes the world is witnessing. How, then, can this pluralist perspective work even in such a wide context?

«This is indeed a critical point», Gomez-Baggethun admits. «I believe that we are at an historical impasse, where we are experiencing an asymmetry between the global scale of environmental changes and the much narrower sphere of influence of decision-making processes. Faced with problems of unprecedented scale, we find ourselves relying on institutional systems that are still based on the nation state and unable to influence processes that affect the entire global community, such as climate change and biodiversity loss. Transnational institutions such as the United Nations would in theory be capable of making decisions and policy choices with such far-reaching effectiveness; yet their modus operandi, based on non-binding agreements, has proven powerless.

In light of the current situation, one can see why many environmentalists argue that we should start thinking not as autonomous nations, but as one species. And this, I believe, would have a clear consequence: at some point, states would have to abdicate part of their sovereignty in favour of transnational bodies capable of making effective decisions on a global scale. But that would be a difficult and controversial step with unpredictable consequences, and what is more, it would not guarantee the fairness of decisions taken at supranational level».

Once again, we discover that complex problems have no simple answer. Once again, a common problem does not guarantee unanimity either in its interpretation, let alone its management. Yet, despite the many obstacles that still stand between us and the establishment of a common front to face the environmental challenges that lie ahead, Gomez-Baggethun adds a further piece of complexity: «To bring about a real turnaround, we would have to question the very concept of 'ecosystem service'. This, on closer inspection, is flawed by a strongly anthropocentric perspective, which describes nature as a unilateral source of services for human beings, thus reintroducing the human-nature dichotomy without considering the interdependence and reciprocity that instead bind these two realities. So, let us keep this theoretical framework as a useful tool for policy makers, but let us also start to look beyond it: I am more and more skeptical that this theoretical framework is helpful in understanding the complex relationships between us humans and the rest of the natural world».