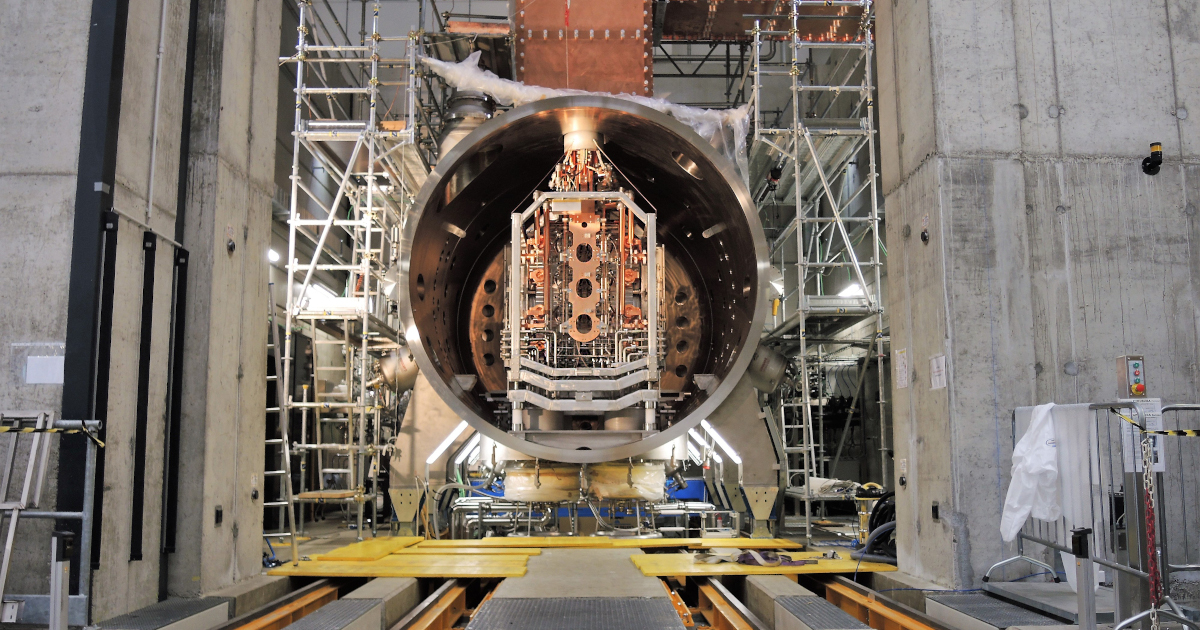 Padua has been home of fusion experiments since the 90s, when the Rfx experiment started ist operation. Rfx is the largest device

in the world of the Reversed Field Pinch (Rfp) category and in recent years important scientific results have been obtained thanks with its experiments. The other major line of research of the Rfx Consortium is the Neutral beam test facility (Nbtf), an experiment that aims to build a 1:1 scale prototype of the Iter neutral beam injector. The beam has the task of heating the Iter plasma by injecting a beam of neutral particles. until fusion conditions reached

Airplanes, caps, shoe boxes, life jackets: we did not miss (almost) anything in our journey to discover the secrets of fusion! And in the tenth episode of “The factory of the stars”, our guide Piero Martin is back at the coffee bar where Ilaria works to ask for her help to explain how Iter's beam injector works. This time starting from… a cappuccino!

Piero explains that the particle injector that is used to heat the plasma can be compared to the froth vapour nozzle of an espresso coffee machine that is used to prepare a cappuccino by injecting ... water vapor into the milk.

A 1:1 scale prototype of the neutral particle injection system for Iter is being built at the Neutral beam test facility (Nbtf) of Rfx Consortium in Padua. The system will accelerate ions thanks to a potential difference of one million volts. Ions will then be neutralized and enter the plasma. Once inside they will release their energy to the plasma and contribute to raise its temperature up to 150 million degrees. Similarly to the injection of high pressure steam into milk in an espresso machine, the Neutral Beam test facility injects a very fast beam of neutral particles into the plasma. So fast that a Formula 1 racing car in comparison looks very slow! When they enter the plasma, the Nbtf particles travel at about 10,000 km per second.

In Nbtf a source first of all generates ions, which are then accelerated in a powerful 1 million volt particle accelerator and finally, before entering the plasma, they are neutralized.

Together with Piero we will discover the prototype under construction in Padua, a project on which researchers from all over the world work and which is a jewel of technology and scientific knowledge. The ion source, Spider, has already been inaugurated in Padua and is already producing the first results. The other main component of the project, Mitica (the 1:1 scale prototype of the future Iter particle accelerator) will come into operation in 2023. The Nbtf development will contribute to Iter's high-performance experiments that will take place around 2035.

The Factory of the Stars, tenth episode: "A million volt lighter for Iter". Shooting and editing by Elisa Speronello; project manager: Francesco Suman