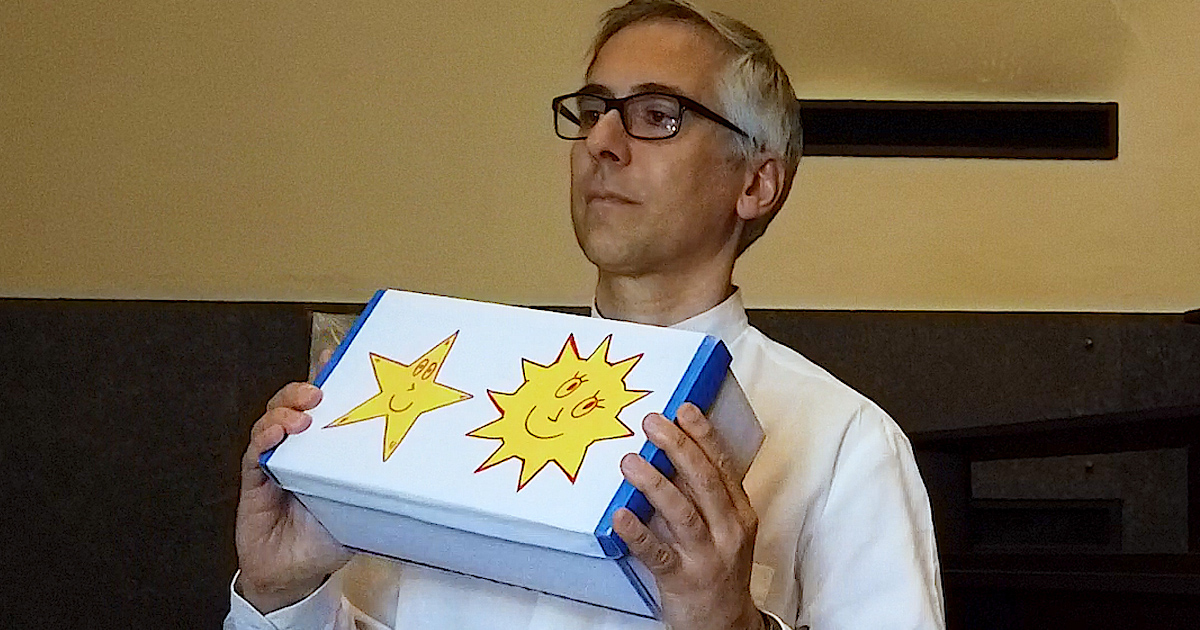 From the Biodiversity Garden of the University of Padua, our journey to discover the “Factory of the Stars” took us to the island of Principe, off the west coast of Africa. It was there that astrophysicist Arthur Eddington made observations of a total solar eclipse in 1919. They were the first experimental tests of Albert Einstein’s theory of general relativity. In addition to these observations, Eddington is also famous for having first explained the physical process of the nuclear fusion of hydrogen in the sun. Where Einstein is also somewhat involved, since the conversion of nuclear binding energy in the fusion process is governed by the famous equation E = mc2.

Fusion: do it yourself? Well, it's not that easy, but in the third episode of The Factory of the Stars Piero Martin simulates the thermonuclear fusion process using recycled materials: a shoebox and some plastic caps. Less waste, more scientific fun!

In order to make the fusion process occur hydrogen nuclei must reach very high temperatures, so that they travel fast enough to overcome the repulsive Coulomb force that would keep them apart. Hydrogen nuclei are positively charged and they naturally repel each other, but if they get very close to each other they can get aggregated by the attractive nuclear forces. Very high temperatures can help to this purpose. So scientists aim at reaching more than 150 millions degree in the future fusion reactor, obtaining a plasma. With higher temperature comes higher particle speed and random collisions are more frequent.

In the “Rostagni Hall” of the Department of Physics and Astronomy of the University of Padua, Piero Martin performs an experiment where the shoebox simulates a reactor chamber and the plastic caps (with Velcro®) are the hydrogen isotopes (deuterium and tritium) nuclei. He saw this demonstration made by a US elementary school teacher. Shaking the box Piero simulates thermal agitation and once he reopens the shoebox the caps are fused! Of course in order to obtain the same result with real hydrogen nuclei we will need a much more technological box…