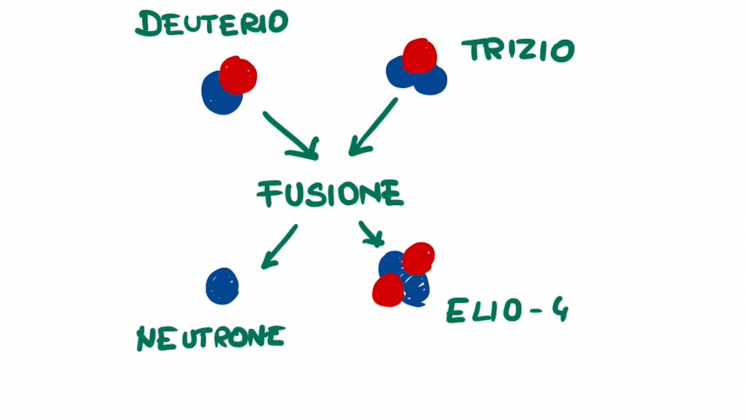 With the help of a shoe box and bottle caps we simulated the fusion reaction: by shaking the box the caps fuse together, as they were nuclei. The real plasma, however, will not be made of caps, but of deuterium and tritium nuclei that will reach very high temperatures, up to 150 million degrees. To contain it, you will need a very special donut-shaped container.

Very often the term “nuclear” is associated to accidents and radioactive waste. These, however, are linked to nuclear fission, which is the opposite of nuclear fusion. Todays nuclear power plants work with nuclear fission, where a heavy nucleus breaks and frees energy in that process.

Nuclear fusion instead makes two nuclei merge together. During this process no long-term waste are produced, no CO2 is produced and no fossil fuels are burnt. Actually fusion uses fuels that are potentially unlimited: deuterium, which can be obtained from see water and tritium from lithium, an element which is abundant in the rocks. Moreover, nuclear fusion is safe because no chain reaction process is involved. In the Fifth episode of The Factory of the Stars Piero Martin tells us why.

Reproducing the sun's energy in the laboratory will therefore help to make the world cleaner and safer.